In the 18 years since cult sci-fi series, Firefly was canceled, there has barely been a year when there hasn’t been some sort of chatter about a revival. These days, with the advent of social media, it doesn’t take much to get fans excited, and even the smallest snippet of news or a shared photograph can cause a meltdown. You only have to look at how Jennifer Aniston broke Instagram with her picture of the Friends cast to see how desperate fans will cling to any scrap of hope.

For most of the last 18 years, a new Firefly series has looked as likely as The Memphis Grizzlies’ chances of winning the NBA Western conference according to Oddschecker, or the Cincinnati Bengals’ chances of winning the Super Bowl. But recently, things have been looking up for the Browncoats faithful. This time the Firefly fandom has been fired up by more than just a rumor. They were responding to none other than the President of Fox Entertainment, who made some very positive noises when asked about the classic show during the Television Critics Association press tour. So could a Firefly reboot actually be on the table? Let’s take a closer look.

One of Firefly’s biggest selling points was also one of its biggest problems. While Gene Roddenberry may have once described the Star Trek concept as being like a ‘Wagon Train to the stars’, Firefly actually had wagon trains, along with a Wild West vibe that ran through the whole show. With the show set in space, 500 years in the future, this confused many viewers, not to mention schedulers and marketing folk. Yet it was this unique take on life in space that made Firefly so popular.

Building on the idea that technological advances will only be enjoyed by the elite, while the rest of us have to scrape a living on the ‘outer planets’, Firefly felt very relevant for such a futuristic show. Superb scripts from Joss Whedon delivered by the perfect mix of cast members, including Nathan Fillion, Gina Torres, Alan Tudyk, Morena Baccarin, Adam Baldwin, Jewel State, Sean Maher, Summer Glau, and Ron Glass, also gave the show real energy. Put them together and you have a truly original sci-fi show with a strong fanbase that has endured to this day.

Why was it canceled?

There are various elements that combined to create the situation in which Firefly was canceled. Firstly, the show suffered dreadful, fitful scheduling making it hard to build a regular audience. Fox even aired the episodes out of order, making it hard to follow the longer story arcs. To compound these errors, the network completely misrepresented the show by advertising it as an offbeat comedy, rather than trying to explain the original and intriguing premise. All of this inevitably led to the poor ratings that ultimately sunk the show, as Gail Berman, former Fox Entertainment President, explains: “It was a numbers thing. It was a wonderful show and I loved it…but it was a big show, a very expensive show and it wasn’t delivering the numbers.”

Gone but not forgotten

In another parallel with Star Trek, Firefly was the subject of an intensive fan campaign to get the show reinstated, or even adopted by another network. This write-in campaign may have failed to get the TV series re-financed, but it certainly helped Joss Whedon to get a Firefly movie made. This was a chance to develop some of the storylines but still left many questions unanswered. After all, Whedon had planned for Firefly to run for seven seasons, so there were always going to be mysteries left unsolved. Unfortunately, the film only just wiped its feet, making $39m from a $39m budget, which didn’t really help the cause when it came to bringing back the show to the small screen.

What has the cast said?

Talk of a new series of Firefly has come and gone regularly over the 18 years since its initial cancellation, with the cast often asked for their thoughts. Morena Baccarin said in 2018 that she was “open but scared” by the idea. “We did something great, so why touch it?” she questioned. “We’re all older and different and I don’t know if you get that kind of mojo back again.” Firefly’s captain, Nathan Fillion, has shown similar reluctance. “I loved every minute of it. It’s really hard to look at it and say, ‘give me more’, because enough is enough. It was everything. How can everything not be enough?”.

What has the network said?

Behind the latest revival rumors are the comments from Michael Thorn at Fox. Not only did he seem open to the idea, but he also admitted that a major roadblock had recently been removed. Asked specifically about a Firefly reboot by The Wrap, Thorn replied: “any time we look at one of our classic titles if there’s a way to reinvent it for today so it’s as resonant now as the original was, and is, to the fans, we’re wide open.” He went on to explain that having an existing space show on Fox had been a major obstacle, but that The Orville had now moved to Hulu, leaving the ‘space slot’ open on the network.

Firefly executive producer, director, and writer Tim Minnear backed up the comments saying that he would consider a short series reboot if Joss Whedon was involved. “I would love to see an eight or 10-episode limited adventure in that universe,” he said. With Fox finding success with similar short runs of the X-Files and other shows, this does sound the most possible of all the Firefly rumors to date.

There are, of course, problems. As Morena Baccarin pointed out, the cast has all moved on in the last two decades and sadly a pivotal actor, Ron Glass, died in 2016. There is also the small matter of the events of the film, in which one of the main crew met a heartbreaking end. Gathering the remaining crew together would not be an easy task either, with Whedon busy with Marvel and other big-budget projects, and the likes of Nathan Fillion contracted with new roles like The Rookie.

So despite the recent interest, it seems likely that we will have to content ourselves with the initial collection of 14 Firefly episodes and the Serenity movie. But at least the show can say it’s made it into real space. NASA astronaut, Steven Swanson, packed them to keep him entertained during his time on the International Space Station in 2007. High praise indeed. 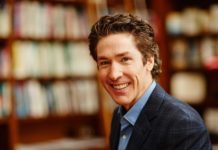 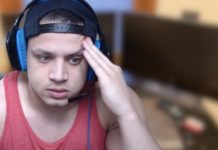 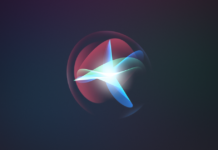 Funny Things to Say to Siri

How much Skincare Product to Use? – 2020 Beauty Guide

How Much can Home Renovations Cost 2020?