It is a fact that dating has changed drastically in a few decades. In the past, people would meet through mutual friends, during some gatherings, concerts, parties, or even on the street. Some people might even say that nowadays there is no more romance. Men used to woo women, they had to give their best to charm them in order to take them out on a date.

However, the apps have significantly changed the dating world. People are introduced to one another via their accounts and profile pictures. All they have to do is to swipe until they see something that they like. It seems that today, the definition of romance is totally different than it was 15 or 20 years ago.

In the following article, we are going to tell you how things have changed and also discuss some pros and cons of both real-life dating and meeting people via apps.

Plenty Fish in the Sea?

We have already mentioned that nowadays people usually meet online. Some people would say that is a great feature of virtual dating because you have the opportunity to meet so many people, many more than you would have the chance to meet by going out.

This raises the question of what do people mean by ‘meeting’. Is it just exchanging the first name, career, and the part of the city you live in or is it having an actual conversation with someone in person?

Yes, using dating apps does allow you to meet multiple persons in a short period of time. However, if you have ever used these apps, then you know that some communications end after exchanging a few short messages. On the other hand, when you have a chance to talk with someone face-to-face both persons are more likely to start some kind of conversation in order to avoid the awkward silence.

So the question arises, are there really more fish in the sea when you opt for using dating apps?

We have already scratched the surface of this question. Which act do you consider to be romantic? In the past, men would gift flowers every time they saw their ladies, even a single red rose was enough. It is something that was considered to be polite, and it was a common, usual occurrence. There was nothing strange and unexpected about it.

However, this is not a common practice these days, especially among millennials. Guys just do not have the habit of thinking about flowers, and to be completely honest, girls do not expect to get it. A simple and short message to wish someone a good night or check if they got home safely is considered to be romantic today.

What’s more, dating apps are so popular now that they have inspired numerous simulation games like badboyapps.com. Millions of people use them on a daily basis and it is as if they have become social media platforms, because users log into their accounts multiple times a day, just to see what or in this case who is going to pop up on their feed. Because of this, we are going to break down some major pros and cons of online and real-life date.

The first benefit that probably comes to your mind is convenience. If you don’t feel like going out, just stay in. All you need in order to meet someone new is your smartphone and an account on any of the numerous dating apps. Just answer all the questions, upload a profile picture, and start swiping left or right, or send a text to someone.

What’s more, this way you are going to save a lot of money and time. Since there is no need to leave your home, you won’t have to decide where you want to go, buy new clothes and makeup, spend money on dinner or drinks, and sit there for several hours before you meet someone interesting.

In addition, some people find it easier to talk with others via the Internet. There is no need to worry whether you are going to embarrass yourself too much because the chances are that you are never going to meet that person anyway. Also, starting a conversation is easier because each user displays a list of hobbies on their accounts, so you will immediately know if you have something in common.

What are the cons of online dating?

Even if you take these apps serious, it doesn’t mean that other people do too. You might be completely honest about your career, age, hobbies, and so on, but still, you have to be extra careful. You would be surprised to know how many people pretend to be something they are not.

Similarly, arranging a date with someone you have met online can in some cases be dangerous. If you want to meet someone in person, our advice is to always go to a public place – somewhere you know that you will be surrounded by many people.

Some people would argue that meeting someone in person is always a better option. What you see is what you get. There are no surprises. You have the chance to bond, or not, with someone in natural settings. You can get to know them quickly and accurately by observing how they communicate with other people such as friends, acquaintances, and even waiters.

If one of your friends wants to play matchmaking and wants to set you up with someone it probably means that you already have a lot of in common. A lot of people will tell you that they never go on blind dates, but occasionally, these can be a good way to meet someone new.

One of the disadvantages is the fact that the date can become awkward really fast. You simply might be too different and cannot find anything to talk about or you might have strong opinions on a certain topic and end up arguing about it. Also, one of you might have some strange habits that are a deal-breaker for the other person.

But still, it doesn’t matter how awkward the situation gets, you cannot just stand up and leave in the middle of the meal or conversation. It is extremely impolite. So, you might end up wasting the entire evening knowing that there won’t be a second date.

As you can see, the dating world nowadays is very different than it was a few years ago. Yes, it is true that more and more people opt for using apps, but we do not believe that virtual dating is going to completely replace the traditional one. It doesn’t matter how popular these are, not many people manage to find their soulmate online. 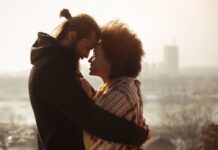 How To Make Your Partner Feel Special 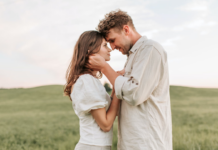 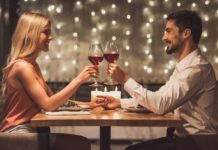 The Most Common “NO-NO’s” When Dating