Home Car 6 Top Of The Most Unsuccessful Electric Vehicles

Any person who is interested in automotive topics is well aware of the popularity of electric vehicles. Tesla Model S, Nissan Leaf, Renault ZOE, and BMW i3—all these models are known to most car enthusiasts.

However, not all electric automobiles were appreciated by buyers. Some were short-lived and discontinued due to low demand. As a result of the failure, some companies never returned to such projects. Other automakers don’t give up and continue to develop battery-powered electric vehicles. The classic example here is Tesla. Today, it’s the most successful manufacturer of battery electric cars in the world. However, before that, Elon Musk’s company had to go through many challenges.

So, which electric cars can be considered failures? To answer this question, we have prepared a selection of models that weren’t commercially successful, and the manufacturers were forced to withdraw them from production.

In 2017, General Motors stopped production of the Chevrolet Spark EV compact hatchback. The electric car was on the assembly line for three years but couldn’t withstand internal competition with the Chevrolet Bolt configuration.

The Spark EV version is built based on the third-generation model that has the same name. The electric version debuted in 2012. It was equipped with a 130-hp motor and a battery with a capacity of 21.3 kWh. The range was 80 miles (130 km), which isn’t a very sufficient parameter according to modern standards. Today, other electric cars are capable of traveling 250 to 370 miles (400 – 600 km) on a single charge.

In 2014, Renault had to abandon the Fluence Z.E. Production of the model was stopped due to the bankruptcy of Renault’s Israeli partner, Project Better Place. In cooperation with it, modifications of the electric car with replaceable batteries were designed. Additionally, low sales influenced the decision. In the four years it was on the assembly line, the manufacturer sold only 3,500 cars.

The Renault Fluence Z.E. was equipped with an electric motor that has a capacity of 96 hp, and the range reached 100 miles (around 160 km).

The Citroën C-Zero was produced for only a few years. The manufacturer expected that low energy consumption would make the electric car very popular. However, the French desires didn’t come to life. Demand was low, and the model had to be abandoned, except for Citroën motorists at auction cars, of course.

The C-Zero configuration was equipped with a 64-hp electric motor. The power reserve was enough to drive 80 miles (130 km). Acceleration from zero to 60 mph took an electric car 15 seconds.

Mercedes also faced a failure with electric vehicles. In 2017, the company announced that it was taking the electric version of the B-Class off the assembly line.

The Germans had to stop production of the B-Class Electric Drive for several reasons. First, the electric car didn’t fit into the company’s strategy for the future EQ line of electric automobiles. Secondly, the electric hatchback wasn’t very popular.

The Mercedes B-Class Electric Drive was equipped with an electric motor with a capacity of 136 hp. On one charge, the electric car could drive up to 90 miles (ca. 145 km).

The battery version of the Honda Clarity was produced for only a few years. By and large, it lost the competition to the hydrogen version, the Clarity Fuel Cell.

When Honda introduced a battery-powered version of the Clarity sedan in the spring of 2017, the manufacturer positioned it as the first affordable midsize electric vehicle. The automaker focused on a relatively low price and rich standard equipment, sacrificing power reserve at the same time. And the Japanese miscalculated: the 25.5-kWh battery turned out to be the weak point of the model. The range of the Clarity Electric was only around 90 miles (ca. 145 km), almost three times less than that of the Tesla Model 3.

Mitsubishi was also forced to give up their only electric car. In 2017, the company discontinued the i-MiEV. As the representative of the North American office of Mitsubishi, Erika Rush, said, the company never managed to attract a sufficient number of consumers interested in the electric car model.

The I-MiEV version was created in 2005 and first appeared on the Japanese market four years later. It entered the European market in December 2010, and a specially modified version arrived in the USA at the end of 2011.

Not every intention that car manufacturers have gets realized and finds success in the automotive market. As an example, we have reviewed the list of electric vehicles that were withdrawn from production. The main reasons for this are that electric batteries are not very powerful and have a limited range, and thus cars have lost popularity and demand among potential customers. At the same time, electric car manufacturers have learned from their mistakes, and we can find a bunch of commercially successful projects that meet the requirements of motorists. 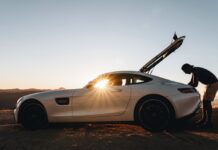 How to Find the Best Luxury SUV Rental Near Me? 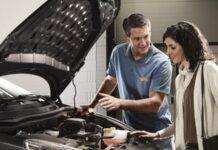 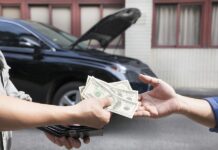 Get Paid Quickly With Cash For Junk Car