Being a child of the world is a great thing. This is especially true nowadays when each of us can be what we want to be because it is easy today in the context of globalization. It is good to be a child of the world because each of us can show something of our culture, but also accept something of the culture of other countries. This is especially true when you are from one country and living in another. It does not take too much to present one’s own and to accept what others do, it only takes a little desire. So let us be diverse and love what others have, but also love our own.

There are a huge number of countries in the world that differ in their culture and habits. Each of them is different in its way and in its way offers something that others can learn and apply in everyday life. The way of life and habits of a nation is culture. Everyone has something to show for their culture, but the most interesting things about culture can be learned from European countries, especially those in the north. The countries of northern Europe are the ones that have a lot to show. Their cultures are rich in many habits that can show the world a lot. But we would like to single out one of the countries with the most things that all other people in the world can learn. We would like to single out the Netherlands as a great example.

The Netherlands is a country located in northwestern Europe. It is a country known for many things that present itself to the whole world. First of all, it is necessary to mention Amsterdam as the city with the most bridges in Europe, it can also be pointed out as a country with the largest traffic culture, especially in terms of bicycles, as a country with a large number of educational centers and student camps that are open to all students from all over the world, further Dutch culture boasts excellent cheeses, a large number of tulip fields, a huge number of windmills through which they get the energy that the country needs and much more. But what is it that stands out from all this, but perhaps from the rest of the life of these people? What is it that this culture gives as an example or as a guide to other nations and other countries in the world? What is it that is very interesting and worth pointing out? We now put an end to these questions and move on to answering them. Our team worked to find the best answers to these questions and succeeded. Today in this article we bring you the unique 4 interesting things that come from Dutch culture. Are you ready to get acquainted with this 4 uniqueness? If you are ready, you will need to stay with us until the end and enjoy the information we bring you. Let’s get started!

1. It is a tradition for every home to have at least one tulip in the home

Each country has something unique to it. For the Netherlands, these are tulips, so that in itself creates some unwritten rule that requires every home to have at least one tulip. Tulips are the symbol of this country, you can see them everywhere in nature and around the cities, but you should also not miss the fact that every family has at least one tulip that they grow in the yard or on the balcony, or at home in a pot. This is the flower that is a symbol of Dutch culture and the proudest member of this country in the world.

2. Every family who visits a non-Dutch person brings a traditional Dutch cheese, a bouquet of tulips, or traditional wooden clogs as a gift

In order to present the tradition and culture of their people, the Dutch always stand on the task when visiting to bring a gift to a foreigner who resides or lives in the Netherlands. That gift is usually a bouquet of tulips, traditional Dutch cheese, or a pair of wooden clogs. These are the symbols of the country and it is a tradition and part of the culture for them to be presented even when it is necessary to bring a gift when visiting a foreigner, say from paradijsvogelsmagazine.nl who work hard to present the Dutch culture on the best way to introduce the world to the culture and lifestyle of the people of this country.

3. The Dutch are known as the great early risers

If there is one nation that is the most obedient to the rule of getting up at 5 am, then it is the Dutch. Wondering why? In this country and its culture, it is common knowledge that people often know how to go to bed earlier. This is primarily due to the fact that the day is very short in certain parts of the year, and in other parts of the year, the mornings start very early with the sunrise. They have found a balance that requires them to get up early at 5 or 6 o’clock and start their day successfully by reading a wise thought, meditating, or enjoying the beginning of the day with a cup of tea, and most often with coffee.

4. There is a large amount of coffee consumed in this country

This nation has a very interesting habit, and that is drinking coffee. It is primarily a habit that is caused as a result of the short days during autumn and winter. Interestingly, the most common hot drink here is coffee, and that makes it one of the nations in the world that drink the most coffee. So let’s toast with a cup of coffee in honor of this habit which is part of the Dutch culture of living!

These are just some of the most interesting and unique parts of Dutch culture that we wanted to highlight and introduce to the world. There are still a lot of interesting habits and parts of their culture, but also of the cultures of other countries, but we are sure that we will talk about it again in the future. 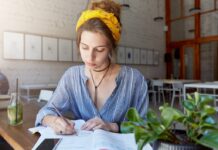 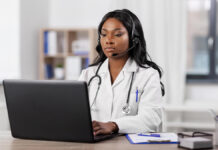