If you are in any way familiar with the gaming world, the Twitch streaming website and the community then you surely have heard about Tyler1. He is a League of Legends player that was ranked to be one of the top ten players in North America, but his fame mostly came from his ridiculous character on his stream sessions on Twitch.

So, if you want to know more about this online personality, both his streaming and gaming career, his followers, his weight and other personal information, keep reading this article.

Who is Tyler1 and how did his following grow?

Born March 6, 1995, Tyler Steinkamp’s first become famous for climbing the North American League of Legends ladder. He managed to become the 14th player on the ladder before the season-ending. This brought him a bit of fame to his Twitch account which had a small following during 2014. After a few years of streaming, he started getting some traction, mostly because of his ridiculously toxic behavior while in-game.

His popularity started rapidly growing during 2016 when he announced that he was a changed man and that he would change his behavior toward his followers and the people that would be in-game with him. He only had a few thousand followers but after his announcement, the number of followers jumped to more than 90,000 followers in less than 30 days which was a huge number, especially for 2016. He shortly returned to his original behavior despite his promises, but the number of followers he got kept growing. Many other streamers and professional LoL players criticized his behavior.

Unfortunately, with his rise of fame, the developers of League of Legends quickly found out about his behavior in the games which prompted them to permanently ban him from the video game. So, on April 30, 2016, Riot Games published an official statement that Steinkamp will no longer be allowed to own a LoL account. So, every time he would try to create one, he would be banned in a matter of minutes.

Naturally, after his ban, Steinkamp had to transfer to other video games because he simply had no way of playing League of Legends while on stream. Which is why he also become popular by playing the battle-royale game known as PlayerUnkown’s Battlegrounds.

Return to League of Legends

Somewhere in late 2017, Tyler1 announced that he had received an official email statement from Riot Games that he would be able to publicly play their video games if he promised to change his abusive and toxic behavior toward the players in his matches.

At the start of January 2018, he finally got his ban lifted from his accounts which was later officially confirmed by Riot Games. The stream that followed after the ban was lifted resulted in a record of viewers on the Twitch platform with over 382,000 viewers. This record was previously set by the twitch streamer named Faker and was later broken by Dr. DisRespect after he came from his months’ long hiatus from the platform.

After he was allowed to play his favorite again, his popularity peaked and had over 28,000 paid subscribers, over 2 million followers and 1 million subscribers on his YouTube channel.

During this stream, he would use a green screen that would display images of the official League of Legends Championship Series stadiums. This parody of a tournament managed to peak over 200,000 viewers on the Twitch platform which was quite impressive. The prize pool for the winning team was around 10,000 United States dollars which were funded by Steinkamp.

A year later he decided that it is time for another series to be hosted. This time he increased the prize pool to $50,000 which was again done without any external sponsors. Many officials from Riot Games even praised his stream this time that it looked like a real tournament where professional players could play and could win a real prize.

It is known that Tyler Steinkamp is 5 ft 6 inches tall (168 centimeters), but there is an on-going meme about him being a lot taller than he actually looks like. He constantly has running gags on his streams where he stands next to a meter stick that shows 6 ft. 5 inches although it is very obvious that the measurement item has been heavily altered. Check out taddlr.com if you want more information about Tyler1 or other Twitch streamers.

He is mixed-race and he currently lives in New London, Missouri. His new worth is believed to be well over $1 million US dollars when you consider all of his profits from his Twitch channel and subscription, the constant donations he receives from his followers, the ad revenue from his YouTube channel that has millions of views and the occasional sale of his merchandise. The merchandise comes in different types such as hoodies, mousepads, mugs, phone cases, and so on.

He also claims that he loves working out which can be clearly seen through his constant posts and stories on his Instagram account showing himself lifting over 400lbs. His physical looks is also a proof of his love for training in the gym. It is also important to note that he sells a supplement brand known as Blood Rush.

His current girlfriend is the 21-year-old Macaiyla who is also a famous twitch streamer that has almost 150 thousand followers. Her current state of subscribers on the platform is unknown, but she is also quite famous on her Instagram page with over 130 thousand followers. They recently bought a new house together in Missouri which is why it’s quite common to see her show up on his streams or seeing him show up in her stream. 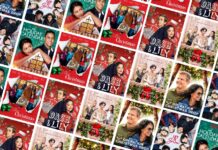 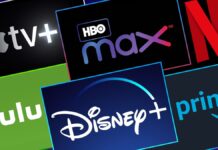 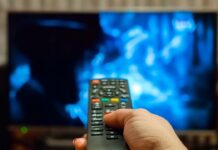