We never expected to tie with TV shows this early. From documentaries to cars, TV shows have already managed to cover everything possible. The recent trend of OTT platforms like Netflix, Amazon Prime, and HBO Max seems to govern the experience to the next level.

TV Show profit from selling emotion an actor possesses; it’s the new normal where the audience learns everything from these shows. The ability of racers to react to hazard comes from deep analysis and practice. If you are among those we want to advance from learner’s license to the P1 license to drive perfectly in any road condition, you need to take the Hazard Perception Test. The test teaches the best to identify hazards, select spaces, and keep a safe distance, so you don’t harm yourself and the surroundings. At websites such as HPT, you can evaluate your ability for free.

The list of TV shows that teach about cars features car repair shows, sitcom and cars, DIY car shows, luxury, and hot cars. Don’t worry, and the list doesn’t contain any spoilers, so don’t worry if you haven’t seen any of these.

If you are a gearhead, you might already know car shows are one of the best things we’ve got in our life, whether they are about mods, restoration, actions, or races; there are many ways to enjoy cars on TV. The famous Top Gear is one of the most-watched factual TV shows about cars. It’s a British Television series aired in 2002. Top Gear actually started in 1977 as a motoring magazine program; later, they called it off.

Top Gear, presented by Jeremy Clarkson, James May, and many more, currently has 23 seasons with a solid 8.9 ratings from TV.com. The show has a couple of twists and turns, making it the perfect show to binge at the weekend. Top Gear is currently available to watch on Amazon Prime and BBC One.

Car Masters: Rust to Riches is about the restoration workshop called Gotham Garage, based in California. The show works on the concept of buying a used, damaged car and turning them worth thousands of dollars. They accomplish this through modifications, exchanges, and acquisitions of other vehicles.

It teaches the audience the business model; however, it has advantages and disadvantages as financial goals are not always met. Actors in Car Masters: Rust to Riches shine in the show with their extra barrier and colorful personality, which makes the show a lot of fun to watch. One of the most exciting parts of each episode is when they are negotiating the final price to sell a car. After mechanics have worked on the restoration, the buyer and seller’s conversation makes the itty bitty fun moment.

As we all know, Netflix is the biggest streaming and production company in the world, so it’s no surprise that they also come up with their own car shows for us to binge on. Currently, the show has two seasons on Netflix.

The fastest car is basically about quarter-mile drag races or 400 meters. What’s interesting about this show is the way the races take place. So, we have got four participants racing each other the entire show. We also get to see drama every character makes to finish in the first position.

The backstory of slipper car owners is what makes the show interesting. They are mostly middle-class people who always have a story to tell, and essentially it’s all tragedy. Subsequently, supercar drivers are mostly entrepreneurs who acquire their wealth through effort and success.

The coolest thing about each season is the winner competes against the winners of each episode as the final bigger race. It’s available to binge at Netflix with two seasons.

Hyperdrive is basically like a fast and furious child with Ninja Warriors. The show is themed to show tournament-style drivers around the world who go to the grand stage of the USA to compete. The track race looks thrilling with every obstacle each driver has to pass through. The drivers making the least amount of time on each lap get rewarded as a winner, and those who have mechanical problems or make mistakes on the track are eliminated.

We get to see male and female drivers who got their vehicles modified by themselves. If you are a Need For Speed: Underground fans, you are going to love the show. Hyperdrive is completely addicting, and you can watch it all night without even noticing. The show advances its finale with the most unexpected results. At the time of this article, there is currently one season, and we can expect another season next year.

Rust Valley Restorers is another show about car restoration filmed in Canada. The show has amazing Mike Hall and Avery Shoaf as the main cast who plays the role of the compulsive classic car collector. The show visualizes the hundreds of cars in the yard waiting to be restored. It works on the premise of cars to be restored, but there is a tight budget.

Mike, the main cast, got to restore every car one by one that made him able to hold the business. The problem is the workshop costs a lot of debts and not many cars to sell. The show portrays the amazing drama-documentary of Mike between those conflicting situations.

Rust Valley Restores currently available to watch on the History Channel and Netflix. It currently has three seasons, and fans are expecting the new season soon.

So what do you think about the shows we mentioned in the article above? TV shows are no wonder the great way to start learning about cars. Netflix currently has a list of car shows that contain a high octant of thrill. 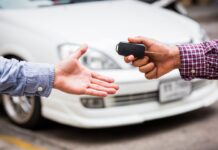 How To Sell Your Junk Car: 4 Tips & Pitfalls To Avoid 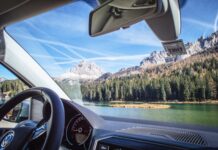 What Is The Cheapest Way To Rent A Car In Europe? 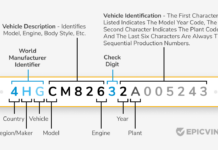