Horse racing is one of the oldest sports in the world with rich traditions passed on to many generations. There is something special about these majestic beasts that make the sport exciting to watch. The popularity of horse racing has been on the rise for the last couple of years, and it is safe to say that movies and TV series play an important role in sharing the horse racing excitement.

When we talk about horse racing, the first thought for most people is race tracks. However, horse racing is a lot more than just jockeys and horses running on a track.

Horse racing requires taking care of the stable, training, and squeezing every bit of performance of the horse, as the Kentucky Derby news by TwinSpires can show. Click here to learn more: https://edge.twinspires.com/racing/kentucky-derby/

In other words, there are a lot of things happening behind the curtains of horse racing. If you are a horse racing enthusiast or love horses in general, here are some of the best TV series you should consider watching.

This is one of the most popular TV series centered on horses. With its 15 seasons under its belt, Heartland had a rather successful run in the TV series industry that captured the heart of many people.

Heartland is about the Bartlett-Fleming clan and the entire process of managing their family’s horse and cattle ranch in the Rocky Mountains. The main focus of Heartland is Amy Fleming, a gifted horse trainer whose passion is to care for horses and theme even the most challenging horses in the world.

Throughout the seasons, Amy manages to train some incredible horses that owners thought were untrainable, earning her horse whisperer title. This TV series shows that horses are incredible animals that with proper training and love can do whatever you want.

This is one of the newest horse-themed TV series based on the first book in Stacy Gregg’s Pony Club Secrets novel series. The series focuses on Londoner Issie Brown who is forced to move to Kauri Point in New Zealand after her father’s death.

She goes through a tough time not accepting the new surroundings and missing the people and old habits back in London. However, it all changes when she starts seeing a horse that nobody else can see.

This extraordinary event changes her mind and he decides to pursue a different path that involves horse riding. She joins a squad of teen horse raiders that want to stop an industrial development that threatens the town of Kauri Point.

Here we have another similar series, but it is very different both visually and fundamentally from the others we mentioned. Rough Diamond focuses on the relationship between a disgraced racehorse trainer, and Jonah Price, his teenage son that joins his life later on.

After the son and father are reunited, they were going on a rough path that turned their life around. Together they start to take care of the late father’s stables and rebuild their name in the horse racing community.

Wildfire is a TV series that focuses on a young woman named Kris Frillo, that has a troubled past just to give the series a bit of spice. She decides to change her life and start from the beginning and quickly finds out that horse racing is perfect for keeping her mind off things.

She started working at Raintree a racing farm where she first started to encounter horses. After falling in love with the sport, she can get enough of them.

Frillo even had a close connection with a horse named Wildfire, which will get her into trouble.

She worked with the horse in the correctional facility, which is quite impressive since the Wildfire did not work well with other riders.

Unfortunately, their path is going to split after the horse is bought at auction by a kill buyer. Kris manages to rescue Wildfire from going to slaughter and manages to turn him into an exceptional racehorse.

She even started training for becoming a jockey just to prove that the horse is can participate and win big horse racing events.

The Adventures of the Black Stallion

Here we have an older TV show but still one of the best. The Adventures of the Black Stallion is a cult-classic horse TV show that will feed your love for the sport.

This TV series focuses on Alec Ramsay, who is up-and-coming horse races, who after his father’s death must help his mother run their ranch called Hopeful Farm. Along the journey, he finds a special connection with horses and decides to become a professional horse racer, along with his horse the Black, and fellow trainer Henry.

If you want true horse racing action on the circuit, this is the perfect TV series for you. Just like other moves, The Adventures of the Black Stallion shows that the emotional connection with the horse is very important when it comes to achieving great results on the race track.

If you are looking for a more teen-friendly option that involves horse riding and it is perfect for a family watch-time, Ride is perfect for the job. The series involves one of the most elite equestrian boarding schools in England called Covington Academy.

It focuses on the story of Kit Bridges, whose father becomes a riding instructor at the boarding school, forcing them to move from America to England.

At the beginning of the series, Kit fears horses and has a difficult time when she is around them. However, he manages to overcome her fear, and bond with other students of the prestigious school.

Since Ride is filmed in Ireland, we can promise stunning scenery and some beautiful horses. This is a movie that is not strictly about the connection with horses. It is the perfect mix of high school drama and horse riding that will win a place in your heart.

After all, horse racing is all about the emotional bond with these incredible animals. Since movies and TV series sometimes tell a true story, we can see a pattern where such emotional connections inspire incredible things. 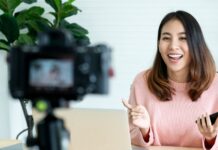 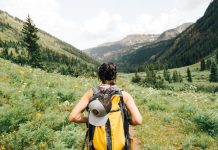