Sleep apnea is a serious sleep disorder that prevents a person from getting adequate restful sleep. People with the condition experience pauses in breathing, or shallow breaths, during sleep which can last for seconds or even minutes. This can lead to poor quality of sleep and excessive daytime drowsiness. In more severe cases, it can be life-threatening as it has been linked to other health conditions such as stroke and heart disease.

In this article, we will explore the basics of Sleep Apnea including what causes it, what symptoms you should look out for, and how to get help if necessary.

What is Sleep Apnea

Sleep apnea in Hong Kong is defined as pauses in breathing during sleep that causes a person’s oxygen levels to drop significantly. It affects both adults and children but is most common among men over 40 years old who are overweight or obese. This condition occurs when the throat muscles relax too much during sleep causing them to block the airway passage leading to difficulty in breathing or complete cessation of breathing altogether. As a result the brain briefly wakes up several times throughout the night due to lack of oxygen which leads to fragmented sleeping patterns and excessive daytime drowsiness caused by chronic fatigue.

Sleep apnea is a serious sleep disorder that occurs when a person’s breathing is interrupted during sleep. There are two types of sleep apnea: obstructive sleep apnea (OSA) and central sleep apnea (CSA). People with either type may experience similar symptoms, but each type has distinct characteristics.

Obstructive Sleep Apnea is the most common form of the disorder, accounting for about 80% of all cases. It occurs when the airflow to the lungs is blocked due to an obstruction in the airway, usually as a result of narrowed or relaxed throat muscles during sleep. Common symptoms of OSA include:

Causes of OSA and CSA

Obstructive sleep apnea (OSA) and central sleep apnea (CSA) are two of the most common types of sleep apnea. OSA is caused by a blockage in the airway, usually due to a physical obstruction like enlarged tonsils or obesity. CSA, on the other hand, is caused by an interruption in signals from the brain to the muscles that control breathing. In both cases, these interruptions can cause severe health complications if left untreated.

When it comes to OSA, some of the most common causes include being overweight or obese; having a large neck circumference; having narrow airways due to large tonsils or tongue; having chronic nasal congestion; smoking cigarettes; drinking alcohol too close to bedtime, and taking certain medications like sleeping pills or sedatives. In addition, people with anatomical issues such as small lower jaw bone size may also be at risk for developing OSA.

As for CSA, several potential causes range from underlying medical conditions such as stroke or heart failure to certain drug use including opioids and narcotic pain medications.

Diagnosis is the process of identifying an illness or medical condition by examining the symptoms and conducting tests. It is a critical component of healthcare that helps doctors determine the best treatment plan for their patients.

The first step in diagnosing a medical condition is to take a detailed patient history, which includes asking about any current or past health problems, family history, lifestyle habits, and any medications taken regularly. This allows doctors to gain insight into potential causes for the patient’s symptoms. After collecting information from the patient’s history, physicians will usually perform physical examinations to look for signs and symptoms that are indicative of specific conditions.

Once physical exams have been completed, diagnostic tests may be ordered such as blood tests, urine tests, imaging studies (X-rays), endoscopies (visual inspections of internal organs), biopsies (removal of tissue samples), and other laboratory assessments to further identify possible diseases or conditions. Depending on what results are found during these assessments, additional testing may be required before a diagnosis can be made. When all data has been gathered and analyzed correctly by doctors they can make an accurate diagnosis and recommend treatments accordingly.

Treatment Options for OSA and CSA

If you suffer from Obstructive Sleep Apnea (OSA) or Central Sleep Apnea (CSA), you may be considering treatment options. While there is no one-size-fits-all solution for either condition, there are several treatments that can help improve your symptoms and quality of life.

The most common form of treatment for OSA is Continuous Positive Airway Pressure (CPAP). This involves wearing a mask connected to an air pump that provides a steady stream of air into your nostrils while you sleep. The air pressure helps keep your throat open and prevents pauses in your breathing. CPAP has been proven to be effective in reducing the number and severity of apneas, improving sleep quality, reducing snoring, and lowering blood pressure.

Other forms of treatment include lifestyle changes such as weight loss, avoiding alcohol close to bedtime, sleeping on your side instead of on your back, avoiding certain medications that can make OSA worse such as sleeping pills or muscle relaxants; and using an oral appliance such as a mandibular advancement device (MAD). MADs work by pushing the lower jaw slightly forward which helps keep the throat open during sleep. 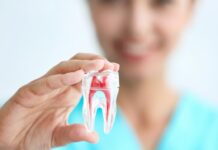 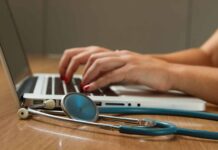 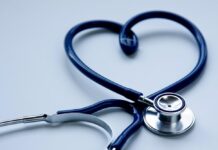 Top 7 Advantages of an Annual Physical