Home Travel 5 Things All Tourist Do When Visiting The UK

The United Kingdom is one of the oldest and most powerful countries in the world. It consists of four states England, Scotland, Wales, and Northern Ireland, united under the British crown. For more than a thousand years, it has been among the world’s greatest powers, and for much of that period, it was the undisputed most powerful country in the world. With all the natural beauty it possesses, is one of the world’s centers for centuries, has made it a very popular tourist destination, due to all the monuments and other things located in the United Kingdom.

Every year, it is on the list of the ten most visited countries in the world, which is visited by over thirty million tourists from abroad every year. This makes it the fourth-most visited country in Europe, behind France, Italy, and Spain, and it is predicted that the number of tourists will even increase in the coming years. We have no doubt that this will happen as soon as the coronavirus pandemic is over. So much can be done and seen in the UK, that months or even years would not be enough for you to see everything that the United Kingdom can offer to you. But since you certainly don’t have that much time, we will introduce you to the things every tourist has to do while in the UK.

Almost always the first destination that tourists visit on their trip around the UK is Stonehenge. Stonehenge is a famous landmark, known around the world. It is located in England and can be said to be the most famous prehistoric monument in the world. Everything is perfectly arranged so that tourists enjoy their tour. There are guides as well as special VR experiences. Replicas of houses that existed there more than 5,000 years ago were also built. Although every year we get some new theory about how Stonehenge was built, still no one can say with certainty how it was created. In any case, it is fascinating how it was built because of the primitive methods that people had at the time. It is necessary to book a ticket in advance, and if you want to enter the circle itself, then you must buy special tickets.

English breakfast is a must that every tourist will eat at least once during their stay in the United Kingdom. This meal originated in the 19th century and has a lot of calories, so be prepared that it will give you energy for all-day tours. It usually contains eggs, bacon, tomatoes, mushrooms, toast, and sausages. The sausages that are served are usually Black puddings that are not pudding, but a special type of sausage to which blood has been added. The exact ingredient of this breakfast varies from state to state. What we told you, you would get if you are in England. In Ireland, you will probably get another type of sausage and maybe White pudding. In Scotland, different types of sausages are also served, and in Scotland, another type of breakfast is more popular, a sweet mash called Porridge. In any case, you will enjoy this very tasty meal.

Visit a game of one of the popular sports

The UK is a country where sport occupies a very important place in society. The most popular sports are soccer, which they call football, tennis, cricket, and rugby. We believe that the most interesting thing for you will be to visit a football or tennis match. Football is so popular that even teams that play in the lowest professional leagues in the UK have a loyal fan base.

Their second and third leagues are in quality above many first leagues in the rest of Europe, and they also have some of the best football clubs in the world. Don’t miss to watch Manchester United, Liverpool, Chelsea, and other football giants live. Or go to Glasgow and visit “Old Firm,” a duel between Celtic and Rangers football clubs that have one of the biggest rivalries in the world. As for tennis, the UK is hosting the oldest tennis tournament in the world called Wimbledon. If you visit London in July, going to The All England Lawn Tennis and Croquet Club is a must. If you’re a sports fan, and you’re in London, you can visit many more sports landmarks. Kev’s Best has prepared for you 5 best stadiums in London, so you don’t have to wander and search on your own.

Visit some of the many museums

As we have already said, the UK is one of the world’s leading powers throughout history, so many museums have a large collection of various works of art and historical objects. The most famous museums and galleries are located in London, which is the capital. You must visit the National Gallery, the Natural History Museum, the Tate Modern, the National Museum of Scotland in Edinburgh, and many others. On the list of most-visited museums, 4 of the 10 most visited museums are located in the UK, more than in any other country.

The Harry Potter series of movies and books are among the most popular in the history of mankind. The story that follows the wizards through their schooling has fans all over the world. Filmed across the country, true fans will find most of the locations they will recognize from the film. Still, to feel like you’re attending Hogwarts for at least one day, it’s best to visit Harry Potter Studio, where most of the movies are shot. It will be a fantastic experience, for both adults and children. Along with Hogwarts, you’ll recognize Gringotts Bank and many other places from the Harry Potter world. It is located not far from London, so it is an ideal day trip that most tourists opt for.

These are five of the many things that all tourists do when they go to the United Kingdom. We recommend that you visit two universities with a very long tradition, Oxford and Cambridge, then the Eden Project. Don’t forget the beautiful nature that you will meet all over the UK. 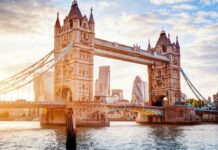 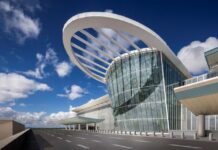 Hotel Near Orlando Airport: How to Find the Perfect Hotel for Your Trip Johor Bahru: The City of Many Pleasant Surprises