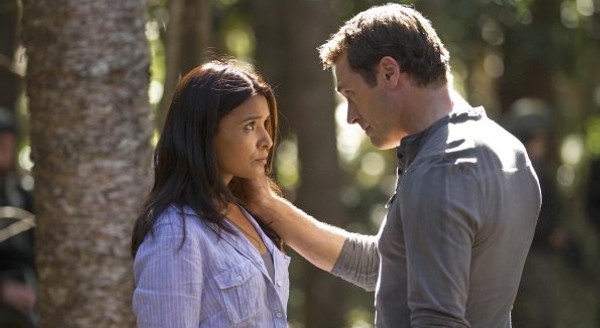 The fate of the colony may be decided on Dec. 19 in Terra Nova’s two-hour finale, but the future of the show wont be decided ’til 2012, according to Jason O’Mara.

O’Mara who plays Jim Shannon on the FOX semi-time-travel series wrote on Twitter:

“Decion to pick up TerraNova for S2 deferred to New Year by [FOX].”

He continued by saying:

“Everyone involved remains confident and optimtic.”

Does Terra Nova deserve a second season? I think money talks, no doubt FOX are waiting to see what the finale numbers bring. But from a seriable viewpoint the situation muddier. On the one hand the show’s execution has been poor; the mythology and overarching story has been lite; and the characters, I just couldn’t care less about. But, the show’s cancelation after just 13 epodes could make it harder for other ‘high-concept’ stories to come through the gate.

I also maintain that there’s potentially a good story somewhere in Terra Nova. It’s right there in the preme. I’d be interested to see what direction a second season would take — would the network and producers would stick to their ‘family’ focused drama (nothing inherently wrong with that either, IF it’s done well) or would they change it up and allow the show to play towards its obvious sci-fi foundations, with more character and story development?

At the end of the day it’s not nice to see a serialized show — or one with seriable potential — canceled. There might be some exceptions to that (I think we all have a few candidates in mind), but generally speaking, it’s not positive. If Nova does get a second season it will certainly have a lot to prove, but at th stage I can’t say I’d ms it if we didn’t see it again after Dec. 19. I’d simply rue a great opportunity msed and hope it doesn’t result in a raft of meek procedurals with no seria-balls.

We’ll see what happens – we may get a better sense of the show’s future with how the finale leaves things. And to be fair, three hours (the final three epodes) can be a long time in story, I’m genuinely hoping they’ve saved the overarching best for last.