With the cigar and tobacco business booming all over the world, the business has now become exotic. International users and smokers are now growing fond of specific tastes from other parts of the world because of their rich flavor and texture. In the world of cigars, Cuban Cigars remain an autonomous king. These cigars are made in the island nation of Cuba from indigenously grown tobacco and are shipped all across the world as per their demands.

In this ever-changing world, many new inventions are made every day for the easy functioning of mankind. One of them was the invention of electronic cigarettes and e-cigars, also known as vapes. Nowadays, vapes are available in many flavors and fragrances and provide the users a sense of using the real thing with lesser side effects. Many online shops are now present on the internet which provide the easy and hassle-free delivery of cigars and vapes to the users from the comfort of their homes. You can visit here for more details and information.

However, many counterfeits and duplicate Cuban cigars are present in the market. So the users and buyers need to be extra vigilant while buying them. For the ease of the users, given below is a list of things one can check for whilst buying cigars which will help them in figuring the fake one from the real Cuban cigars.

Cuban cigars are renowned all over the world for their specific visuals and fragrance. The cigars have a band around their necks. While a good quality band is no guarantee for originality, a cigar without one definitely means it is fake. These cigars, upon burning, produce grayish ash, which is quite different from the other cigarettes in the market. The counterfeits available in the market look very appealing. However, they produce white ash, which is quite distinct from the original ones and hence, makes it easier for the users to distinguish easily.

Cuban cigars have a reputation that precedes them. And this reputation comes with a price. Even in Cuba, where these cigars are manufactured and are the cheapest in the world, one single pack can cost you about 25 USD. And if you add the import charges and the profits of the merchants, it should not cost anything less than $100. Any seller, be it online or offline, who is offering the cigars for a cheaper rate is a clear indication that they are selling counterfeits and the buyers need to be careful not to fall for such luring traps.

Real Cuban cigars are furnished with a straight head, which indicates the rolling of the seam with a cap, mounted on the three sides. If the heads are anything other than perfectly straight, it means that they are fakes. Counterfeits Cuban cigars have sloppy or round heads and lack their signature rolling style. Any person who uses these on a regular basis could spot these differences easily.

The original Cuban cigar boxes have a specific texture that is quite hard to replicate. Just like the contents inside the box, the box itself is made with utmost precision and passion. The boxes are usually made out of wood and are then lacquered from the outside. The fake producers usually make the boxes with substandard quality and do not lacquer them up. This can be a distinguishing feature between the originals and the fake ones.

No Cuban cigar distributor or brand uses glass decorations on their wooden box. Anyone claiming to be original with a glass or clear lid is an absolute counterfeit. Users are suggested to check from the original websites about the products they are buying. A low-quality packaging is an easy indicator of fakes and counterfeits.

Upon every movement, the cigar box gains at least one seal. These are the seals from the manufacturers’ factories, which are generally present on the underside of the box, accompanied by embossed labels and holograms for authenticity. Additionally, seals from the customs departments, importing merchants’ stamps, seals, and engravings make the cigar box a work of art. Fakers usually tend to forget these seals and thus, create an easy loophole. This can be checked by the purchasers during the checkouts and deliveries of the same.

Moreover, all these labels are supposed to be located on the exteriors of the box, and not inside of them. If any of these marks are found inside the cigar box, then you should not be buying that box.

Cigars are packed with detailed documentation inside the box. These documents carry various information such as the type of tobacco used, the quality of the cigars, the material used to make the box, the cigar series, and the correct way of preservation of the same for future use. Most of the time, the people indulging in the production of counterfeits are not very literate, and they usually skip out on this piece of paper. This makes it relatively very easy for users and smokers to differentiate the real ones from the fake ones.

Additionally, this piece of paper carrying all the information is not too big, with its dimensions being around 4.1in x 2.7in. Any piece of paper which does not match this dimension specification can be an indicator that the box is counterfeit and the cigars placed inside are fake.

With Cuban cigars taking over the world in the last couple of decades, the market of counterfeits has been soaring high. With distinct and alluring offers and cheaper rates, users and buyers are usually duped off their money, and they end up buying fake cigars. However, cigars and other tobacco products are harmful to health and cause several diseases. These products are not meant for users under the age of 21, and the violators are being punished severely. 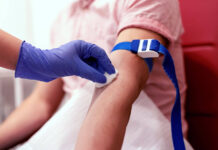