It has many nicknames, such as bud, Mary-Jane, nug, dank, the list goes on. You can vape it, smoke it, bake it, torch it up, blaze it, pretty neat expressions, aren’t they? Wrap it up in a cigarette, use a bong, put it in the cookie dough, endless possibilities lie with this mixture of dried flowers, stems, and leaves.

Cannabis is in the top misused drugs among all countries, worldwide. If you have a plug, or if someone knows someone, you’ll most probably end up your night chilling, zoned out on your couch, watching some TV with a fat joint between your fingers.  Many people will tell you you can’t get addicted to it, but… should we even tell they’re so wrong?

Today we’re going against those popular beliefs by showing you the 9 most common signs and symptoms of cannabis addiction and categorizing them in physical and mental signs in order to make things clearer.

This could be your first association when it comes to this matter –  red, bloodshot eyes, as you could see it portrayed in so many movies and cartoons. And no, it has nothing to do with waking up or rubbing your eyes as you may have thought when you were younger and more naive. Why is that, you may ask? Due to blood vessels and capillaries dilution (eye capillaries included), the blood flow increases, making eyes red. In most cases, eye drops usually help with this symptom, but at times even that isn’t enough for masking things like this.

Next up is dry mouth, commonly known as cottonmouth. Intense marijuana enjoyers find themselves licking their lips all the time in order to supply them with some moisture and hydration as it often feels like there’s no a single drop of fluid left there. Saliva production drops due to THC binding to the cannabinoid receptors CB1 and CB2, which causes glands to stop doing their job, sort to say. So if you see someone drinking an immensely large amount of water or consuming some other beverage excessively, you have a reason to suspect they took a nice, long hit before going out.

You thought we’d forget about munchies? You best believe we’re not. THC collaborates with ghrelin, a hormone that stimulates appetite, which makes your taste buds and smells receptors all tingly and ready for some food. This additionally makes you want to devour all that sits in front of you, whether it’s a good old bag of chips, a juicy burger, or some leftover pizza from last night –  trust us, you’ll not be much of a chooser when it comes to hunger. Eating greedily while high is no strange thing, and if it happens often, that’s a sign that things are moving towards addiction.

If you find your friend or anyone you know having insomnia and being extremely lethargic along with other symptoms from these lists, that could be one of the signs that they’re experiencing addiction. As we have previously mentioned some receptors, some of them play a big part in why this happens. THC interacts with those who are in charge of your wake/sleep cycle and makes consumers drowsy, sleepy, and shaky. They might want to lie down or stay indoors if they feel like they could hit the hay, or it’ll simply make them a night owl, causing them to stay up all night and lose some sleep.

Not paying attention to the environment and personal hygiene might be a strong clue that someone’s in this enchanted circle if combined with other signs. Their clothes, furniture, hair, and skin will be soaked up in the unpleasant smell of that thick smoke. Ungroomed beard, greasy hair, not showering for days or making their sheets, even doing the dishes – those are all the hints. They’re usually ignored by an individual themselves, as the only thing on their mind is how to get their daily dose of Mary-Jane.

And now that we went through some physical basics, let’s focus on the other side of the issue.

As mentioned before, delayed responsiveness and zoning out are definitely among the relevant signs. Strong abuse of this recreational and in many countries even illegal drugs can cause long-term damage to the central nervous system and irreparable harm. In case you or anyone you know are worried you’re experiencing problems like these, we’re leaving you a link you can visit here for some good and additional advice.

Irritability and agitation can be a general sign of this state. Some people aren’t really aware that this mighty plant can make them grumpy and they don’t even realize how their nervous attacks look from other perspectives. Some pieces of research have shown some emotional decrease, aggression encasement, and hostility among regular consumers. This state can truly affect the overall wellbeing and mental health, while impulsiveness can lead to some medical conditions, such as high blood pressure.

Tightly linked to the previous paragraph, dramatic switch in energy and mood swings can be one of many red flags. This can change your perception of the world, your self-image, outlook, and many other things. So if someone is acting strange, seems off, and isn’t acting like their normal and usual self, it can be a warning that something isn’t right.

Nowadays, it’s normal to see people being anti-social, and no one is judging here –  it’s completely fine if you consider yourself an introvert. However, when someone is a social butterfly, loves being around others and all of a sudden you’re seeing them abusing and misusing the weed, as well as distancing themselves, that’s a major alert that things went south.

We hope we’ve given you some helpful insight that’ll make you think twice when you’re sharing your thoughts about why marijuana is or isn’t an addictive drug. The point is – if you or a person you love are having any issues, whether they’re mental or physical, we would suggest reaching out to someone who could help or preferably seek some professional and medical advice. This way you can make sure this is dealt with on time, so it doesn’t cause some damage beyond repair. 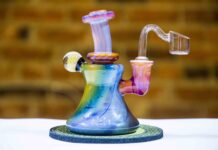 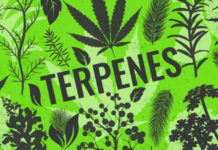 Cannabis Terpenes – What They Are?