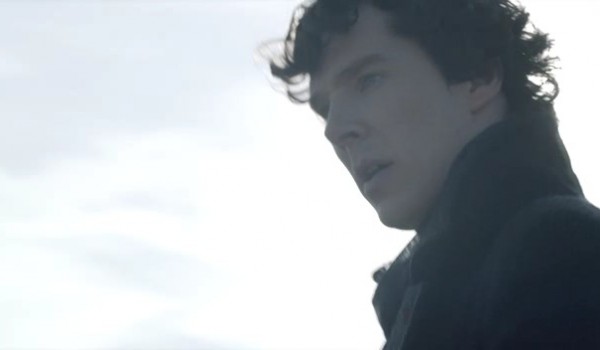 HOW DID SHERLOCK ESCAPE DEATH?

We all saw him jump, but there’s little doubt that he’s alive by the end of the episode, watching Watson mourn his passing at his own funeral. So how did he Sherlock survive the Reichenbach Fall?

Before we look at the possible explanation, let’s quickly go over some less likely alternatives:

1. Watson thought he saw Sherlock fall to his death because the clever detective administered him with the fear toxin from the secret research base in “The Hounds Of Baskervilles.”

2. Watson didn’t jump at all and instead threw Moriarty’s ‘dead’ body from the roof, where it was switched with a Sherlock lookalike after hitting the ground. This would involve the help of Molly, Mycroft or the Homeless Network. Now here’s what we think happened: Sherlock, who seems genuinely shocked by Moriarty’s ‘suicude’, puts his plan into action. We believe it could well consist of the following steps: There’s some wiggle-room in there for Sherlock to have been carried away in the truck after making the jump, with Molly/Mycroft rolling a dead corpse onto the ground where he would have landed. This corpse would presumably be the Sherlock lookalike that Moriarty hired to kidnap the kids, or someone altered to look like Sherlock, of which there’s already a precedent when Irene Adler faked her death by using a body double, so it’s not impossible that Sherlock could have done something similar, with the aid of Molly/Mycroft.

Whether there was any of that fear toxin used within this ruse is up for debate. I’m not sure it’s necessary, but it could have been used on Watson and/or the assassins to further fool/distract them.

I also think it’s important to note that even at the funeral, Watson has a nagging belief (hope) that Sherlock isn’t dead. Perhaps in the subconscious recesses of his mind the actual narrative of events is trying to break through?

Now, all of that could be way off the mark, and we accept that one or two aspects of the explanation might be a bit of a reach. We also recognize that there are one or two other curious moments that might come into play (Sherlock throwing his phone on the roof before jumping, Moriarty’s supposed suicide, etc), so there’s plenty of room for anyone to refute or build on this possible explanation. In the meantime, what a cracking finale it was, eh?