The fourth industrial revolution, or Industry 4.0 as it has become known, is already in full swing. Like the steam engine that ushered in the Industrial Revolution in the mid-eighteenth century, Industry 4.0 is continuously redefining the way we manufacture goods by automating traditionally manual processes by leveraging computerization and other modern technologies. In much the same way the steam engine has become synonymous with the start of one of the most transformative times in human history, “smart factories” – modern factories in which physical production methods and operations are combined with digital technology, smart computing, and machine learning – are defining this latest industrial revolution. As Industry 4.0 progresses and smart factories steadily become the norm, artificial intelligence – or more specifically, machine learning – will play an increasingly important role when it comes to careers in robotics. On that note, let’s take a closer look at machine learning and how it can contribute to smart manufacturing.

What is Machine Learning?

The term artificial intelligence, or AI for short, is probably something that most of us are familiar with or at least aware of. Machine learning is a facet of technology that falls within the AI umbrella, but what does it mean? Don’t all computerized machines “learn” how to perform a task once the programmer finishes writing, testing, and uploading the code? The truth is, machine learning is substantively different than simply writing new code for a given task. Machine learning allows systems to automatically learn and improve upon its processes from experience without explicitly being programmed to do so. If it sounds like a wild idea, it’s because it is. At its core, machine learning can be divided into three distinct approaches, which we’ll briefly summarize below.

In the world of smart manufacturing, machine learning will be fundamental for optimizing production processes, reducing lead times and reducing energy consumption. There are several ways in which machine learning techniques are being applied in modern smart factories.

Challenges for the Future

The technology that drives machine learning may be expanding at a rate commensurate with other transformative technologies, but it’s important to remember that it is still a relatively new subset of the much broader artificial intelligence. Like any other new technologies, there are bound to be some hurdles that will need to be overcome.

Though in its relative infancy, machine learning presents an exciting new opportunity for Industry 4.0. As it continues to proliferate throughout the manufacturing sector, not only will processes be made more efficient, but new, exciting employment opportunities will become available. If you’re interested in robotics technician training, be sure to check out what GBCTechTraining has to offer. 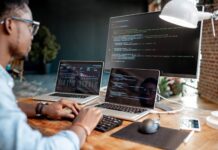 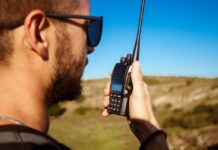 How Two-Way Radio Repeaters Can Help You Stay Connected