Renewable energy is an unlimited and untapped source of power on this earth that can be used for anything we could possibly imagine. It could be to provide power to our homes, our vehicles, and even the largest manufacturing facilities in the world.

Of course, the level of knowledge we have on tapping into this source of energy is still very limited and we do not have the technology required to use to power our planet. Many people and companies around the world are still stuck to fossil fuel, but we will probably see a change in the near future.

Fortunately, that part of the future has started to develop and we have started investing more and more money into developing new ways of creating renewable energy. Even with today’s knowledge, we are able to power many things such as cars, trucks, and even entire households.

As people are starting to make the change to renewable power, the bills from energy suppliers keep rising and rising. So, if you have ever thought about installing solar panels in your home, now it is time to do it. Quality solar panels from reputable companies such as Palmetto.com are the best option when it comes to solar energy. However, we have made a list of other best renewable energy ideas for your home.

In the past, the only way you could collect the solar radiation from the sun was from these advanced glass panels equipped with technology that enables that collection. While they were the only and best option at the time, they were expensive to make, heavy and could break down easily after long usage.

However, there has been a huge leap in solar collecting technology which brings us much better products on the market today. Our most favorite idea out of the bunch are the solar shingles. They basically work like regular shingles, isolating and protecting your home from weather such as rain, snow, hail, cold and hot while collecting solar radiation too. It is a two-in-one package.

What is even better about this idea is the fact that they are much easier to install on a roof. The installation does not require any kind of previous experience or special tools. It can be finished at the same speed as regular shingles.

The only downside to solar shingles is the fact that they can be very expensive. Almost three times the cost than what it would usually cost you. However, many countries and states right now support self-sustainability which means you could save a lot of money through tax incentives.

With this kind of roof, you will be generating about 250 to 400 watts.

A wind turbine might be one of the oldest ways humans have been generating power. While people in ancient times didn’t exactly use it to make electricity, but they did have other uses for it. Today, you have probably seen hundreds of giant wind turbines placed on fields that output around one thousand terawatts an hour in one year.

Believe it or not, but if the government of the United States were to invest in this technology, with enough wind turbines, they could power the entire country. According to a recent study, they could generate about 35-petawatt-hours every year which almost ten times more than the entire electricity consumption of the United States. This shows us just how much potential there is in the wind.

Well, you can use that same wind to power your own home too. Of course, you won’t need to install one of those giant turbines. A much smaller one will be more than enough to do your job. Keep in mind, with just one small turbine, you won’t be able to completely reduce your electricity bill to zero, but you will reduce quite significantly.

You will pay back the turbine and its installation in about five or six years. If you want to know more about the potential of wind as a renewable source of energy, you can read more here.

While wind and solar radiation are accessible to everyone on the planet, flowing water is not. So, if you are one of those lucky people in this world that has flowing water on their property, you are in for a treat. This river or stream along your property means that you have untapped and an infinite source of energy. It is crazy to think that the number one source of sustainability in this world, gives us a potential for renewable energy too.

However, installing a hydroelectric generator is not easy at all. You will need to find a professional that is an expert in this area. The hydroelectric generator will not be cheap either, so make sure to keep that in mind too. But, once you set it up, you will surely notice that the cost of your electricity bills has been halved. You will get a return on your investment in just a couple of years. Although, it does depend on the flow rate of the river/stream on your property.

We should also mention that not everyone that has access to flowing water will be able to install a hydroelectric generator. The conditions need to perfect for this to work. But, it does not hurt to try, right?

While you won’t exactly be creating renewable energy for your home with this, but you will definitely be saving a lot of money by reducing the cost of your bills. There are tons of options for installing a solar-powered water heater on the roof of your home. With this, you won’t ever have to worry about wasting energy on heating the water in your boiler.

Another great benefit of a solar water heater is that you will always have access to hot water. You won’t even have to worry about turning it on or off because it is basically always on. Once the sun is gone, the extra energy is stored and used to warm up the water if it ever cools down during the night.

We believe that these renewable energy ideas are great for anyone that is looking to cheapen their electricity bill at home. 7 Red Flags To Watch for During a Home Inspection 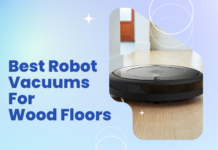 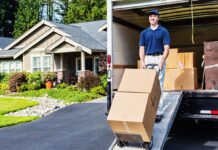