The demand for sustainability is gaining traction in today’s world. As a result, electric car technology is exploding in popularity. Simply because it is scalable and feasible from a commercial standpoint. People are intentionally making good decisions. As a result, they prefer to commute on two-wheelers more than ever before.

Since the bicycle’s invention, its model and technology have evolved at an exponential rate. In addition, owning and operating an automobile in a city is becoming increasingly difficult. E-bikes, often known as electric bikes, are on their way to becoming the most popular mode of transportation on the planet. As a result, e-bikes are light and run on a small motor and battery and can be pushed or pedaled.

Here are five compelling reasons why e-bikes are the way of the future in urban transportation.

The hustle and bustle of a city’s existence are typified by rush hour traffic. Even while today’s homes have vehicles capable of speeding down empty highways, they are rendered obsolete on packed city streets.

You can navigate through traffic on an e-bike, bypass blockages by traversing the streets, and use bicycle lanes. You won’t have to feel bad about sleeping in, you won’t have to skip breakfast every morning, and you won’t have to rush to get to your destination since your e-bike will be the magic broom that will whisk you away faster than your vehicle or bike. Drive more quickly on the highways and let the fresh air revitalize your limbs for a productive day.

It’s time to start looking for an electric bike if you’ve determined it’s perfect for you. Scooteretti offers e-bikes and accessories suitable for all riders, regardless of their previous experience with electric bicycles.

When e-bikes were initially introduced, they were costly since they were a new product with little demand. However, if we try to comprehend simple economics today, we can see that when demand for a commodity increases, supply increases, but the price decreases.

You may now get an e-bike at a reasonable price. With today’s modern technology, one can switch from traditional bicycles to e-bikes. This ensures that clients can access products that were previously unavailable.

Following your first investment in an electric bike, your wallet’s recurrent costs are pretty cheap and easy. E-bikes, which are powered by lithium-ion batteries, assist you in finding an alternative to rising oil prices. The Li-ion batteries can be recharged in roughly eight hours and are as simple to use as a cell phone because they can be plugged into any wall socket.

While regular bikes necessitate oil and adjustment, e-bikes help cut down on these costs. Additionally, it is inexpensive, and it enables you to save money on your gym by providing you with a healthy glow at no expense.

E-bikes are one of the environmentally friendly options. They don’t use any fuel, emit no emissions into the atmosphere, and are powered by long-lasting rechargeable batteries.

Unlike cars, which can emit more than two tonnes of CO2 each year, e-bikes do not emit harmful pollutants. In addition, e-bikes are expected to be six times more energy-efficient than rail trains. E-bike batteries are also pretty eco-friendly. They last a long time, are rechargeable, can be charged using renewable energy, and may be charged outside of regular business hours to avoid strain on the power infrastructure.

Some individuals believe that riding an electric bike requires no physical exertion. Don’t believe everything you’ve heard. Even though riding an e-bike is not as physically taxing as riding a traditional bicycle, you must still pedal. Riders can change the level of pedal assistance on most electric bikes. Riding an e-bike can therefore be as tricky as you want it to be. It’s still a great workout and a fantastic time.

According to researchers, riding an e-bike regularly has a significant favorable impact on cardiovascular health. Strokes and atherosclerosis are less likely as a result of it. In addition, riding an e-bike is better for your joints. As a result, for a biker with a joint problem, an electric bike is a terrific method to stay active.

Riding an e-bike is an excellent approach to expose your body to a variety of cold and warm stimuli to strengthen your immune system and make it more resistant to temperature extremes. It also provides a means of increasing your white blood cell count, which protects your body from various ailments. Riding an e-bike also offers many opportunities for folks to take up Vitamin D while basking in the sun.

Mental health well-being is a concern because of the busy urban lifestyle. Cycling on an e-bike is beneficial in more ways than one. It also aids in the mental well-being of those who use it. Everyone’s mental health has been affected by being stranded at home throughout the pandemic. Being unable to leave the house, being quarantined, and being deprived of fresh air.

By improving oxygenated and nutrient-rich blood flow to people’s brains, outdoor cycling is an excellent strategy to improve mental health. It can also help people boost their mood, creativity, productivity, and memory. Cycling has also been shown to aid in the treatment of depression, anxiety, low self-esteem, and stress. Furthermore, it can help older adults improve their cognitive abilities while also strengthening their brain function by engaging in outdoor activities.

Large cities have a dense population and a higher number of individuals going to work. The most common means of transportation is still transportation. Cars, bicycles, and buses are still the only modes of urban transportation.

We disregard one of the most crucial aspects of our lives: our health. Our tight schedules, demanding work, and means of transportation all contribute to humans’ lack of mobility. E-bikes are a critical breakthrough that benefits both individuals and the environment. E-bikes make it easier to keep going, and technology boosts your confidence in your ability to improve. 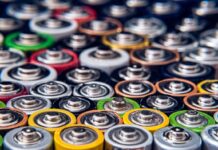 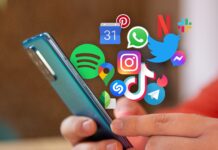