Home TV Series ONCE UPON A TIME: The Comprehensive Character Guide 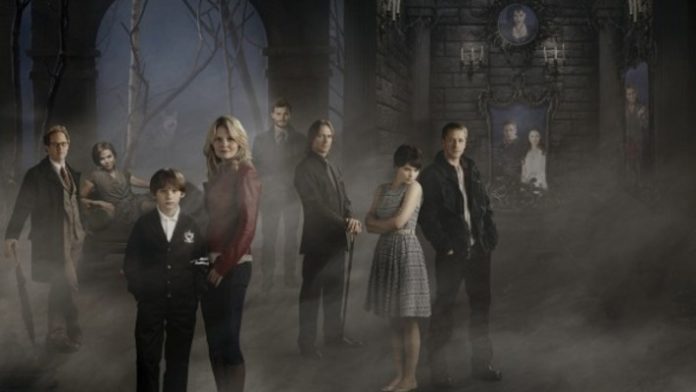 Between the Enchanted Forest, Storybrooke, Wonderland and Neverland, Once Upon A Time has an ever-expanding universe of characters. To help you keep track, we’ve compiled the complete visual Once Upon A Time Character Guide.

ONCE UPON A TIME CHARACTER GUIDE: SEASONS 1, 2 and 3

The guide is divided into multiple sections and will be updated within a day of each new episode airing on ABC. Please feel free to link / bookmark this page if you find it useful.

You can drill down to a specific section using the links below: Fairytale Land: The Evil Queen casts a powerful curse on fairytale land because she blames her stepdaughter Snow White for ruining her life.  The spell transports them to Storybrooke where no-one remembers their fairytale past, except for her (and Rumples).

Real World: The Evil Queen becomes the town mayor, Regina Mills. She adopts Emma’s son, Henry, who she names after her father. Fairy Tale: Emma is the daughter of Snow White and Prince Charming. Moments after her birth, she is sent through the enchanted wardrobe to escape the queen’s curse. (we’ve put her in this section, due to her escape from the FT world).

Real World: Emma is a 28-year-old bailbonds woman who meets up with the son, Henry, she put up for adoption 10 years earlier. He tries to convince her that she’s the key to breaking the Evil Queen’s curse. Fairytale: Snow White is the Evil Queen’s step daughter, the wife of Prince Charming, the biological mother of Emma Swan and the grandmother of Henry Mills. The Evil Queen hires a Huntsman to kill Snow after she failed to keep a secret — the Huntsman, however, spares her life. Years later, the EQ threatens her with a curse. A pregnant Snow gives birth to Emma Swan just in time for her to escape the curse. Fairytale: Prince Charming is Snow White’s husband and the biological father of Emma Swan. His ‘real name’ is James (Ep. 3). He became King George’s son after a deal was struck with Rumples.

Real World: Charming is David Nolan in the Storybrooke, a former comatose patient who is married to Kathryn. He has unfathomable feelings for Mary Margaret. Fairytale: Rumplestiltskin helped the Evil Queen cast the spell that trapped the fairy tale residents in Storybrooke, in return for the EQ granting him favors in the alternate world whenever he says “please”.

Real World: Mr. Gold owns the town of Storybrooke. He also brought Henry to Regina when Henry was a baby and used this to initiate Emma’s arrival. He is aware of the curse.

Baelfire is Rumplestilskin’s young son who was to be recruited to fight in the Ogre war, much to Rumples’ fear. Rumples lost Baelfire after killing Zoso and obtaining the power of the mystical dagger, choosing magic over Bae. Belle agreed to become Rumplestiltskin’s “caretaker” in exchange for the safety of her family. She fell in love with Rumple but couldn’t convince him to choose love over power. She is said to have died following cruelty from her father. In the present day, Belle is locked in a cell underneath Storybrooke General Hospital. Sir Maurice is Belle’s father. Facing defeat in the Ogre war, he calls for Rumplestiltskin who agrees to help in exchange for Belle. He is said to have shunned Belle upon her return, locking her in a tower where she supposedly leapt to her death. In Storybrooke, Moe French steals Mr. Gold’s cherished item at the behest of Regina. Gold beats him to a pulp, blaming him for Belle’s death.

Jennifer Aniston Plastic Surgery – With Before And After Photos

Megan Fox Plastic Surgery – With Before And After Photos