Industrial 3D printing is a rapidly emerging technology. One of the first things anyone thinks about when they hear 3D printing is plastic. However, other materials are also being used to create parts with 3D printers. While many people think of quick prototyping as the major use for these machines, other applications are being discovered, which you can click here to learn more about.

Here are some other applications of industrial 3D printing machines.

One area of 3D printing that has not gotten much attention is its use in the medical field. One such company collects data on a person’s body, which can be used to create customized models for prosthetics. For example, the custom-fit helps people with missing limbs get a good fit for their prosthetics. In addition, people might have had to wear multiple prosthetics to accommodate different activities or clothing in the past. However, when you learn more about 3D printing, you will discover that these models can be created much cheaper and in much less time than ever before.

In addition to helping people who need prosthetics, 3D printing has also been used to create models of a person’s teeth. Dentists can use this model to plan for dental surgery. The model is not only cheaper than traditional methods, but it also provides an exact visualization of the problem area.

3D printing is also used for technology. For example, you can print circuit boards with most 3D printers. This allows people to easily make prototypes of their inventions to see if they work before investing in the more expensive materials needed for production.

Other potential applications in this realm include additive manufacturing to make smaller components, such as watches and clocks.

Aerospace companies use 3D printing to produce different types of replacement parts, but sports manufacturers are also turning to this technology for various applications. For example, some hockey sticks have been created through 3D printing that is even more durable than traditional ones. This is because the printer can create objects with multiple layers of material, which allows for reinforcement in critical areas while retaining other desirable characteristics.

Sports manufacturers have also begun using 3D printing to create customized mouth guards. These are not only more comfortable than traditional mouth guards, but they also allow for better breathing and speaking while the wearer is wearing them.

While many people think of quick prototyping as the major application for 3D printers in engineering, medical, technology, and sports fields, this is not the only application. 3D printing has made prototyping much faster, allowing more companies to experiment with new product ideas. In addition, because these printers are often networked together, the different components of a new product can be sent throughout the office to get feedback before being manufactured on a large scale.

Other examples of prototyping with 3D printers include creating models of buildings to show how they look inside. Another example is creating plastic models of car parts to test their durability before actual production begins.

3D printing has practical uses outside of the medical, technology, and sports industries. For example, architects use it to print small-scale models that give them an idea of the finished project. This allows them to quickly adjust to their blueprints before any construction begins.

In addition, 3D printing is being used by filmmakers to create models, props, and special effects that can be used in films. As this technology continues to develop, even more applications will be discovered.

Industrial applications for 3D printing include impact testing on new parts and creating small-scale metal parts. For example, Johnson and Johnson use this technology to create implants and other devices that can be tested in a simulated body environment.

This 3D printing process is so versatile it has even found some applications in the agricultural industry, such as creating cattle tags for livestock identification. Another industrial use case is creating customized sand molds for concrete forming, saving companies time and money.

One final industrial use case is with internal operations. For example, modular tooling and fixtures can be customized, and 3D printed in-house. This is a great way for companies to reduce costs associated with outsourcing this type of work.

The consumer market for 3D printers is growing. More individuals are finding different uses for these machines, which can print objects in a variety of colors and materials. For example, while many people use them to create figurines, others have created jewelry boxes, smartphone cases, clothes hangers, and furniture.

Other consumer uses of these 3D printers include replacing household appliances, such as the clip that holds the blade in place on food choppers. This part is expensive to replace, but individuals can make it themselves with a home printer.

One of the most exciting aspects of 3D printing is its potential to educate people about new technologies and how they work. For example, many schools are now using 3D printers to help students learn about the human body. They can print out models of organs and other body parts to help with their studies.

In addition, many museums are using 3D printing to create replicas of artifacts. This is a great way to allow people who cannot visit the museum to see the artifact.

What the Future Holds

3D printing is still in its early stages, and as such, there are many possibilities for its future development. For example, researchers are looking into ways that 3D printers can be used to create human tissue and organs. If this technology can be perfected, it could revolutionize the medical field.

In addition, 3D printing may soon be used to create entire buildings. This would not only save time but also money, as there would be less waste associated with the construction process. The future possibilities are literally endless.

3D printing is a versatile technology that can be used in various applications. While many people might think of plastic when they hear the term 3D printing, other materials are also used to create useful items. In addition, this technology has begun impacting society in areas such as medicine and sports. However, it might be long before you learn about all the potential uses for 3D printing with so many possibilities. 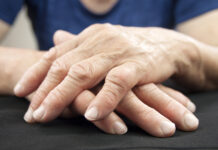 Taking Control Over Your Mental Health What to Know when Considering Facial Reconstruction Surgery