Kobelco Construction Machinery based in Tokyo has stayed the course with their intention to increase production capacity of the company’s Ogaki plant. The Ogaki plant which primarily focuses on the production mini excavators enhanced its production capacity in order to remain relevant to the demands of the heavy machine market which has become more dynamic than ever.

This strategic manoeuvre was executed by Kobelco soon after Kobelco transferred the manufacturing component of their North American sub (Kobelco Construction Machinery USA Inc.) to Takeuchi earlier this year. The transfer worth approximately 4 Billion Dollars according to Kobelco CEO Mitsugu Yamaguchi was in fact just a small component of a much bigger strategy. The changing construction equipment business environment requires such major changes as it is the only way that manufacturers are able to keep themselves relevant to their respective industries.

Despite the fact that global demand for hydraulic excavators in general was on a downward trend attributed to the COVID-19 pandemic, the demand has held steady in most advanced countries especially within the mini excavators for hire segments which is quickly growing. The same could be said about developing nations except China which has introduced a zero COVID policy that has resulted in the construction component of the country coming to an almost complete halt.

However, Kobelco is being proactive about the scenario instead of being reactive as the manufacturer anticipates stable growth globally. Kobelco Construction Machinery Ltd is a leader in this segment and will maintain its market position by steadily increasing its sales volume and market share of hydraulic excavators via sales network enhancement in every region that they are present. KCM has also ramped up its R & D efforts and has introduced new and innovative tech to the latest models that have been designed to match unique market needs.

The capacity at the Ogaki Plant has been enhanced with the establishment of an entirely new more modern hydraulic excavator assembly line adding an additional 3,000 units a year. The plant has also revamped the fabrication capacity of the installation that was crucial towards increasing the Ogaki plant’s production capacity from 8,500 to the current 11,500 units/year.

According to the regional director the new assembly line primarily caters for the 7-ton machines, the same as the heavy machines that are manufactured at the Itsukaichi Plant located in Hiroshima. The existing line in turn will be focused on 5-ton machines. The entire strategy is centred upon establishing a mutually complementary manufacturing mechanism which renders the entire Kobelco’s production system as being flexible and practical.

It is generally acknowledged by heavy machine industry players that Kobelco is undoubtedly among the top manufacturer in regards to demolition equipment. In order to maintain this leadership position and remain relevant to the market Kobelco has launched their latest SK550DLC-11 which has raised the bar for others to follow suit.

The SK5 offers clients versatility, practicality and flexibility as this particular model is able to perform not only high reach demolition requirements, but also demolition work for foundations. The machine is fitted with the NEXT system which is among the selling point for the SK5 which has been acknowledged as a ‘very efficient machine’ apart from being cost effective compared to predecessors. Even attachments may be replaced at project sites within 30 minutes. The machine’s design and lightweight allows it to be transported with ease on a standard trailer.

Another factor about the SK550DLC-11 is that the machine has been reinforced throughout its skeletal frame in such a manner that it is able to withstand serious demolition conditions – in short, as the product marketing manager for KCME Peter Stuijt puts it, “this machine is built to last”

Kobelco has always understood the challenges faced by demolition teams and among them is the toughness of the machines that are applied to demolition projects not to mention the required power to pull off the job without any hitches. The entire concept next-generation SK550DLC-11 is based on these requirements which means that this machine is not only more powerful (engine performance), but also sports enhanced durability.

Other elements that are notable enough to mention about the new model is the improved operator comfort in comparison to the predecessor (SK550DLC-11 replaces the SK550DLC-10 launched in 2018). The new machine is also equipped with the NEXT Gen system that was introduced in the SK350D and the SK400D demolition models. The NEXT system basically allows the machine to manage a variety of functions at project sites.

The Kobelco SK19 mini excavator which replaces its predecessor SK18-1E not only offers excellent performance due to the newly improved and bigger engine, but also an entirely new hydraulic mechanism that accommodates the latest working equipment that were developed to support the next generation of compact5 excavators.

The SK19 is powered by the Yanmar Stage V-compliant engine which extends an approximate 40 % added power (13.1kW compared to the previous 9.5kW). The SK19’s bucket digging force has also been enhanced from 15.2kN to 16.7kN (10 % increase) and the arm digging force, as well as lifting capacity, has been increased by 25 %. Other enhanced features include the travel speed, digging depth and digging reach. The SK19 is perfect for jobsites that are confined or tasks that require the machine to work within close proximity to walls, ditches, utilities or congested roads.

The SK19’s width is only 980 mm when it is retracted allowing it access through narrow passageways (full width us 1,320mm). The tail swing of the SK 19 is tight which enhances the operating efficiency when it is deployed to areas that have limited spaces. The boom swing angle compared to the previous SK 18 is 12% wider. This particular machine is high in demand within the mini excavator for hire niche. 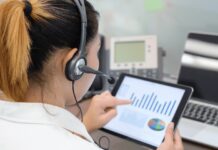 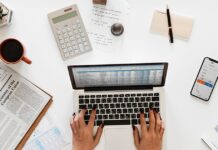 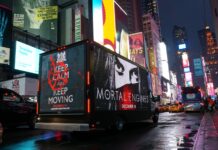 How Effective Is Mobile Billboard Advertising? 5 Things To Know