Most people are used to listening to music coming to us from the USA plus music from their home country and that’s more or less it. Of course, coming from many countries of the world outside of the USA, certain musicians have made their way and achieved world fame and popularity, but that very rarely happens. That is why all of us, wherever we live, remain deprived of so much quality music that is created all over the world, but we simply have nowhere to find out about it.

Until recently, it was impossible to hear music from a remote country, but now that there is YouTube and many other platforms, we have the opportunity to listen to anything. Still, it is unlikely that we will start researching the music of a country that is not close to us. One such country is certainly Iran. Due to the unfavorable global politics towards Iran and the fact that Iran is a generally closed society, which does not allow the influence of the rest of the world, and especially the influence from the West, you may not know about any of their musicians. And especially not about some new, young musicians who are conquering the local scene of Iran and certainly have the quality to be popular worldwide, but do not have the opportunity to launch themselves on foreign markets. So we made a list of the top 10 up-and-coming Iranian singers in 2023 to help you find out who they are and play their songs on YouTube.

Chaartaar is an Iranian fusion band, which is not so new. They have been around for a full decade and are already very popular in Iran. And not only in Iran, but they are one of the few Iranian bands that have performed outside of their country. They toured Canada and Europe in the fall of 2016. They performed in 4 Canadian cities, and then in over 5 major European cities.

So even though you’ll at first think they may not fit perfectly into up-and-coming Iranian singers because they’re already famous and they’re a band, we still think they have to find their place on our list. There are two reasons. The first is singer Arman Garshasbi who is the band’s most famous member, and the second is that we think their popularity will grow further, both in Iran and abroad.

You’ve probably never heard of Erfun Khoshdel, but we guarantee you that will change quickly. His nickname “Erfun” says a lot about his personality. He is a singer, but also a multi-talented musician, who plays guitar and piano. Effun is also a songwriter, who writes songs that he performs but also for others.

He has a very unique style that he has been developing since his teenage days when he started making music. Some of his most famous songs are “It’s impossible” and “I’m in Love” by which people in Iran already recognize him, and his rose to prominence will be further accelerated by his new album which will be released soon.

His father is the famous Hossein Khajeh Amiri, also known as Iraj, one of the most famous singers in Iran of the older generation. Thus, Ehsan had the opportunity to be in contact with music and science from his father from birth. He became famous when he sang the Iran national football team’s official song for the 2014 FIFA World Cup, but we believe that his unique voice will lead him to even greater popularity this year.

Leila may have a long shot to be among the main singers in Iran during 2023. because she has not been present on the stage for some time. But since there is no new news about her, she may be working on a new album that will launch her to the top, where she definitely belongs because she has worked with singers like Bjork.

If you are a fan of the Eurovision Song Contest, then the name Arash may sound familiar to you. He performed at Eurovision in 2009, but since Iran is not participating, he was the candidate representing Azerbaijan. He lives in Sweden and Iran, and if he releases a new song this year, it will surely be as popular again as all his other songs so far.

Mehrak Golestan is a rapper better known under the stage name Reveal. He comes from a very famous family because his father and mother are photo reporters, and his grandfather is a well-known director. He has also appeared on the BBC and is certainly one of the most significant representatives of the hip-hop genre in Iran.

Women in Iran are not equally represented as men, but Marjan Farsad charmed everyone with her voice. Some of her songs were already at the top of the charts and we can’t wait for new songs to be released.

He was part of the band Corouz Group but soon decided on a solo career, which has so far proved to be a good decision. So far, his name has already appeared on the European chart, but many music experts believe that his time is yet to come, even though he is 40 years old.

Mohsen lives in Iran, where he performs and writes songs. So far, he has already performed at the most prestigious Iranian music festival called “Fajr International Music Festival“, but we are still waiting for a song that will bring him fame outside of Iran.

Iran is a huge country, so there are certainly more singers worth mentioning, but in our opinion, the most important thing is to know these 10 names. 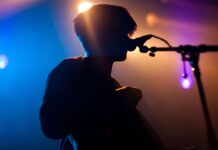 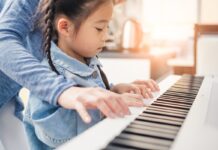 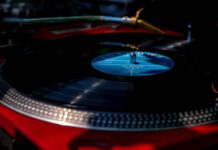