Home Casino Weird Things That Have Happened Inside of Casinos

If you are a casino guy, there is a big chance that you have witnessed some weird situation inside a land-based casino. Simply, gambling collects people from all social groups and includes sociopaths as well. Of course, none of us likes losing but these people can do pretty nasty things during these situations.

They are usually very superstitious, so it’s not a rare thing for them to practice some strange ritual before every round.

When planning this year’s iGB Live conference in Amsterdam, we connected with Hector from the Foxbonus.com to book a meeting. We managed to get the meeting and some funny stories from previous years.

What’s important to realize is that these aren’t typical casino stories. Get ready to read some pretty bizarre things.

After a few winning rounds, a woman realized that she has won a couple of thousand. Unfortunately, it was time for a nature call and she wasn’t able to delay it. Of course, her main fear was that someone could steal her money while she is in a bathroom.

Apparently, this woman was forced to an extreme measure. Instead of calling someone from the staff to keep her slot safe, she went right behind the machine, took her pants offer and did what she needed to do.

The craziest thing about this is that she came back to the slot and continued playing, just a few feet from the “crime scene” as nothing happened.

If You Can’t Win, Then Eat

One customer came for roulette and played about twenty numbers (out of a possible thirty). So, we are talking about two-thirds of the roulette table covered.

After the croupier spun the ball, it stopped exactly on the third of the table where he did not lay anything.

Realizing that he had lost everything, he went crazy. He took the money he had just lost from the table and started running away.

Security followed him and caught him. When he saw that he had nowhere else to go, he put the banknotes in his mouth.

What’s particularly interesting is that he managed to put some of the money in his mouth. After a few wrestling moves, the guy was on the ground.

The security took out the banknotes and put them crumpled, wet with saliva, on the table. The croupier invited the cleaning lady to come and she came with a hairdryer.

The most bizarre thing is that, after they dried, they put them back in the game.

One waitress witnessed a pretty bizarre scene when she came to serve one of the players on a roulette table. She took the order and headed to the kitchen.

After a second, she came back to ask him if he would like something to drink, but before she finished the sentence, the croupier turned the roulette wheel, and this guy stuck his hand in his pants and grabbed his penis.

That was his “talisman”. Every time the roulette wheel turned, a man would put his hand in his underpants and start playing with his penis.

He didn’t even mind eating what he ordered with the same hand. Eventually, the manager instructed the staff to take money from him exclusively with a tray in order to prevent potential diseases.

On a roulette table, one guy was losing pretty big amounts of money. Suddenly, he started talking to security, looking at the video cameras. He stared at the cameras and cursed a lot, saying something like:

“You have magnets in the balls, yes? I’m talking to you now and you’re just laughing, huh?” He noticed that the camera was moving and that intensified his paranoia even more.

“OK, now you’re looking at me. You’re watching! You took my money and now you’re laughing, aren’t you? You move the cameras to annoy me and get me out of tact, to take the rest of the money I have left!”

Suddenly he took the ashtray and threw it in the direction of the camera. Of course, the bodyguards came and took him outside.

What’s particularly interesting is that he wasn’t drinking, nor taking drugs – he was completely sober.

In a local casino in Montenegro, I was playing a one-armed bandit. Just a few slots from me, there was a guy with some kind of bowl full of coins. The guy was obviously drunk and pretty aggressive. He would kick the slot hard with his leg every time he loses.

After some time, a security man finally appeared and after a few warnings, he took action to kick him out of the casino. Police appeared about the same time but officers weren’t interested much in this problem. Instead, they took several guys, including both the security man and the drunk man, to the station.

It turned out that all of them were detained for drug possession, while the drunk guy was the only one to be released.  So, he came back after half an hour and continued playing like nothing happened, with the same bowl that was left in the casino untouched.

About 20 minutes later, police showed up in the casino again. They took the drunk guy who wasn’t resisting at all, despite that he was about to get detained for the second time in the evening. It turned out that there was not enough space in the police car for all of them, so they told him to wait in the casino, and that they will come back for him soon.

So, the guy realized that he had time for a couple more rounds before the police came back for him. Instead of trying to run away from the police, he tried his luck a few more times. It’s hard to tell what’s crazier in this case, the policemen’s level of trust or the drunk man’s exemplary behavior.

I don’t what happened to him and if he ended up in prison. On the other hand, the security guy showed up at his work just a few days later.

These are some of the weirdest things I’ve witnessed or heard. If you’ve witnessed even more bizarre situations in a casino, feel free to share your story with us in the comment section. 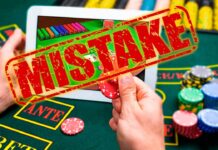 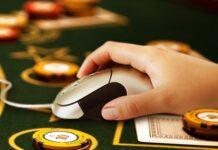 How Does AI or Machine Learning Apply in Online Gambling 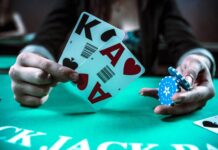