Home Education The Importance of Handwriting in Younger Kids

Most educators now argue that handwriting should be the least of our worries, education-wise. Of course, this does not mean that most schools remove handwriting from their curriculum. Rather, the Common Core standards have stated that legible writing is taught in first grade and kindergarten. Once students’ progress passes those classes, a shift takes place and they focus on other more important aspects.

However, some specialists are declaring that keyboard proficiency is taking over legible handwriting too fast. In fact, they are arguing there is a link between good handwriting and further education.

Why is good handwriting important for children?

We only write shopping lists by hand. What is forgotten is that, even in the tablet age, students still write by hand every day – for 10 to 13 years! In school, handwriting is an everyday tool that has to work in a purely technical manner. You can’t feel like a good tool. A hammer that wobbles is difficult to drive in a nail and blunt scissors cannot be used to cut. The joy of tinkering is quickly spoiled because the defective tool demands attention and hinders the actual task. If the handwriting “limps and stumbles”, it absorbs a lot of attention that is no longer available for the writing of the content. A handwriting handicap becomes a permanent brake on thoughts and also the number one motivational killer.

One of the big arguments in favor of handwriting lessons is that children learn to read quickly when they practice their handwriting skills. Also, their idea retention level and ideas generation skills get better.

Children’s abilities according to Indiana University and University of Washington

Several types of research have been conducted, including one led by a psychologist at Indiana University, Karin James. The research tested children’s ability to identify and duplicate letters shown to them, and the results showed that brain activities increased in those children when they drew letters freehand. On the other hand, children who were asked to trace the letters or type the letters did not show increased brain activity.

Dr. James suggests that the increased brain function is a result of how much thought and planning goes into writing.

Another noteworthy thing is the variation that comes with free-form writing. Your child will learn from their messy writing and will get better with printable writing worksheets, click here for online practicing. Dr. James says that this is one of the first ways the brain changes as a result of learning.

A second study had Dr. James comparing children who simply watched others write letters and children who engaged in writing letters themselves. The study showed that it was only the children who physically formed the letters that had higher benefits of handwriting.

Another study conducted by a psychologist at the University of Washington further proved how the parts of the brain that get engaged during writing in cursive, printing, and typing on a keyboard all differ. When children in the study wrote out texts by hand, they were more expressive and learned better.

Now, researchers suggest that the part of the brain that deals with printing differ from the part that deals with cursive writing. This is backed by some facts gathered after brain injuries; where the victim is still able to write cursive, but their ability to print has been impaired.

How does handwriting affect the brain and learning ability of children?

For school beginners, handwriting is and will remain the medium for acquiring the written language. Children have to understand letters in the truest sense of the word. You have to shape them yourself, and as you write, make a sound. By the way, the fluent cursive script goes well with fluent speaking and supports the conversion of language into writing in a special way.

On the other hand, the keyboard is only used for pointing. The letters and words that appear on the screen are only generated by touching symbols and not by sequences of movements that can enter our motor memory. For children, this means that while typing, a very important memory trace remains unused. The expressions “absorb something” or “become flesh and blood” represent the participation of the body in learning processes. In my survey, young people confirmed how important handwriting is when learning despite tablets and PCs. “If you write by hand, you already learn half of it.” This is how one pupil put it, what the others also saw in first place among the advantages of handwriting – the visualization of content and the intensive memory aid.

Also, in alexia, a reading disability, some individuals who suffer the condition are unable to process printed text but can read cursive. This suggests that there are different brain networks in charge of printing and cursive writing.

Whichever way you look at it, there is no denying the importance of teaching younger kids handwriting; and the gradual disappearance of both cursive and handwriting from school curriculums is something that should be reexamined.

Why do so many children find it difficult to write by hand?

Children who enter secondary school with major writing problems still write like school beginners. You write a number of letters incorrectly, for example, an “a” as a curl with a line on it, a b as a 6, or a d as a mirror-inverted 6. You start the letters at any point – sometimes above, sometimes below, sometimes right, sometimes left – and you can do so do not come to script coordination. Even cursive script, especially the so-called simplified initial script, was usually unable to provide correct directions of movement and the lack of a feeling for sizes and distances.

Since the 1970s, practicing handwriting has become less and less important. There is hardly any awareness that handwriting is a cultural technique that needs to be taught and practiced systematically. Individualized and self-responsible learning is the leitmotif of today’s pedagogy, to which the learning of handwriting is also left. The child finds its own way – so the ideology. Quite a few get lost while experimenting and run into the open knife. In my opinion, every child has the right to fluent, legible handwriting, instruction, and practice. For this, professionals have to take responsibility, and not the child.

While there are many benefits that come with children learning to write and type with a keyboard, experts have shown how students learn better when they take notes by hand. However, not everyone is convinced about the benefits of handwriting, and its importance in long-term learning. 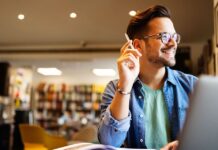 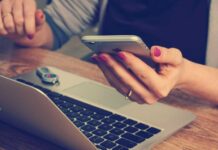 How Students Can Maximize Smartphone Features for Studying