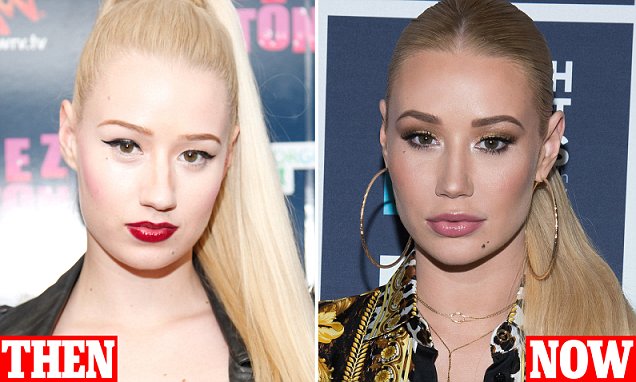 Recently, talented singer Iggy Azalea posted a picture on her Instagram handle that got fans buzzing and lots of them left heart emoji’s on the picture while other expressed surprise at how different the singer looks. However, two surgeons recently also revealed recently the reason behind the singer’s transformation.

Dr. Daniel Barrett who is a certified plastic surgeon broke every piece of information down into bits saying that a well sculpted face, well heightened brows, fuller lips, smaller nose and a slimmer jawline are all because the singer recently went under the knife too. He disclosed that botox injections were responsible for the slim jawline and a brow lift which is another surgical operation is responsible for the singer’s well heightened brows. 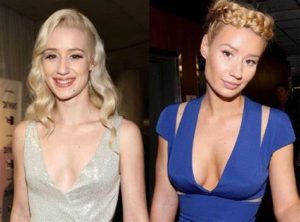 The doctor also went on to shed more light on Iggy Azalea’s nose job which has got a lot of fans talking and he said that in order to be able to reduce the nose bridge and also obtain a round out nasal tip then the singer obviously had a nose job. In 2015, Iggy Azalea publicly came clean with her plastic surgery experience admitting that she had breast augmentation but now it appears that are more to what the singer revealed to the public.

However, Dr. Ryan Neinstein also concurred with Dr. Daniel Barrett theory claiming that Iggy Azalea was able to achieve the best curves on her face due to the use of lip filler and jaw filler which have all contributed in helping her obtain a voluptuous appearance. The doctor referred to the surgical process as one of the best “body contouring technology” and also stated that the surgical process could last from ten minutes to about two hours. 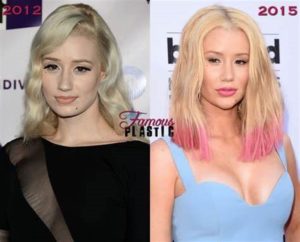 However, Dr. Ryan Neinstein also commended the singer’s effort to improve on her looks saying she was aware of “wellness and new health routine” and also stated that this could also be a major reason why the singer also maintains a fit and healthy look. Before getting any form of work done on her body, Iggy Azalea already had a striking feature and unlike some other stars who have been under the knife and denied or refused talking about it, Iggy has been open about the work done on her.

During one of the talk sessions on the Ellen DeGeneres show, Iggy revealed that there was nothing wrong with her previous body, stating that going under the knife is a personal decision which every woman or man if free to make and also if they feel the need to change something about them. She revealed that she had surgical changes on her nose like getting bigger boobs.

The surgeon in charge of Iggy’s transformation revealed some details stating that Iggy’s bigger boobs was achieved in just one day while the nose job was done to help in correcting a deviated septum that had interfered with her breathing. Even though the star has addressed the work done from her waist upwards, there are still rumors on the internet that believe the star also went under the knife to get the booty she has today.