Home Technology How a Cyber Attack Happens and How to Break the Chain of...

According to Security Intelligence, attackers used phishing as an entry point for almost a third of all cyber attacks. Many cyber attacks are opportunistic, and it’s human error that opens the doors. Phishing is so popular because it is easy to carry out and can be surprisingly effective.

It only takes one individual to click on a malicious link for a potential adversary to start a cyber attack. Sending an official-looking email to an employee who clicks on a link to a fake website and fills in personal details is enough.

A whaling attack is a type of phishing attack that targets high-level executives, like a CEO, to steal sensitive information.

The advanced email security solution offered by Perception Point with its next-gen detection engines can prevent APTs, phishing, malware, BEC attacks and much more with the agility, speed and scale of the cloud.

Besides phishing, there are a number of other cyber attack techniques, including the use of ransomware, malware and SQL injection.

A ransomware attack occurs when cybercriminals encrypt files and demand money in exchange for decrypting them. Ransomware spreads through phishing emails, visiting infected websites or by exploiting vulnerabilities. Nvidia, a large semiconductor chip company, was compromised by a ransomware attack in February 2022, and employee credentials and proprietary information was leaked online.

In this type of attack, a cybercriminal gets between a web service and a user. For example, the attacker may create a login-in page on a public network that mimics the real one. Once a victim logs in, the attacker has access to their passwords.

SQL injection is inserting malicious code into a database to exploit vulnerabilities in data-driven applications. Doing so can give cybercriminals access to confidential information.

Using malicious software like Trojans, viruses or worms is called a syntactic attack. Trojans can bring malicious software onto devices disguised as legitimate software. A virus can replicate itself by modifying other computer programs and inserting its own code. Worms also self-replicate but don’t attach to other files.

This is when attackers exploit vulnerabilities in a system that developers haven’t fixed. In 2022 zero-day exploits have already affected a wide range of platforms, including Apple iOS, Chromium and Google Pixel.

Stages of a cyber attack

Research and reconnaissance: This is when cybercriminals start gathering the information they need to plan an attack. They may collect information from popular websites like LinkedIn or Facebook. They will also go to specific target websites and gather intelligence on data security, a network, relevant applications etc. At this point, they are looking for flaws that involve human error or system errors.

Weaponizing information: Cybercriminals now decide on a delivery method to penetrate the target’s defenses, such as using phishing emails, fake websites or developing and acquiring malware.

Gaining access: Entry points into a network may vary, but they give cybercriminals a foothold in the organization. Employees may fall for a phishing email, download a malicious attachment or a system may not be properly configured or patched. The primary goal at this stage is not to gain access to data but to create a secure connection to an organization’s network or systems so as to start the attack.

Exploitation: Cybercriminals can now execute their plan because they have control of the network, system or app of an intended victim. They can use many methods to escalate their privileges once they have access. They may use valid accounts if they have login details or leverage a Windows UAC system.

Exfiltration: Skilled cybercriminals will try to cover their tracks as detection can make future efforts more difficult. They may uninstall programs they used, delete folders and audit logs.

Blocking cybercriminals at any point in the cyber attack lifecycle breaks the chain of attack. Disrupting the attack lifecycle depends on technology, people and processes. A prevention-based approach allows organizations to remain agile in the face of increasingly sophisticated cyber attacks. They need to look for solutions that protect every part of their network.

The threat of a cyber attack is ever-present in an increasingly connected and digital world. Both small to medium businesses and large corporations are at risk. Knowing how cyber attacks begin and the stages they go through can help companies to minimize, reduce, or even prevent potential cyber attacks. 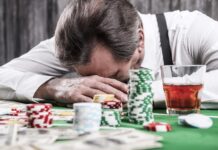 Can Someone Locate You By Your Cell Phone? 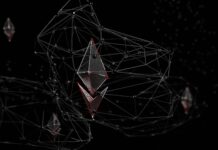 Ethereum Attracts More Developers Than Any Other Network

How to Wear knee-high boots With Style: 10 Fashion Tips

What Is The Cheapest Way To Rent A Car In Europe?

5 Useful Tips to Consider When Dating For The First Time