Home Business The Ethical Dilemma of Guerilla Marketing During a Pandemic

The coronavirus crisis has presented something of an ethical dilemma for marketers this year.

Customers are more plugged in than ever before to issues such as corporate responsibility, so brands have to make sure their messages match up with their actions.

Many companies have been called out for their guerilla marketing efforts during the pandemic, so this is a big challenge for businesses to tackle for the rest of 2022 and beyond.

Positive news about a potential vaccine hopefully means the end of the crisis is on the horizon, but it is likely to be several months until things really get back to normal around the world.

Questions about the ethics of marketing during the pandemic will therefore be continuing.

McDonald’s an example of how not to do pandemic marketing

Many brands have tried to use the pandemic as a chance to launch innovative advertising messages to customers by using guerilla marketing tactics, but some of these have fallen flat.

In the early days of the pandemic, McDonald’s in Brazil created what seemed on the face of it to be a clever campaign, featuring the brand’s famous golden arches split in such a way as to promote social distancing.

But the campaign had to be pulled within a matter of days as a result of the strong public outcry. Consumers pointed out the fact that McDonald’s was failing to give its workers sick pay at the same time as running the ad.

Companies that fail to meet the mark on issues such as workers’ rights during the COVID-19 era could therefore be at risk of seeing their guerilla marketing efforts backfire badly.

Of course, McDonald’s was not the only brand to use the pandemic as a way to launch a new type of ad inspired by guerilla marketing. Coca-Cola paid for advertisements in Times Square – famously one of the busiest places in the world – in order to encourage social distancing measures to be followed.

Mercado Libre, which is the top eCommerce platform in Latin America, changed its logo too. The logo was previously a handshake, but the company opted to swap this out for the elbow bump that has been widely adopted as an alternative to the handshake during the pandemic.

Listings magazine Time Out also temporarily changed its name to Time In to reflect the fact people were having to stay home in order to follow lockdown conditions.

The McDonald’s ad in Brazil may have backfired, but guerilla marketing remains an option.

Some classic examples of guerilla marketing may not be possible due to the coronavirus crisis. But the internet offers other opportunities to use these tactics in a more creative way.

Creating a viral video is easier said than done. However, with social media usage exploding during the pandemic, this is a guerilla marketing option many firms will be looking at now.

A decent investment might need to be made for viral videos to pay off, but they are a proven way of building a brand by surprising members of the public.

Companies are increasingly realizing that flashy, big-budget advertisements are not the way to go for guerilla marketing attempts in the pandemic.

This is because many people are struggling financially at the present time, with plenty of people have lost their jobs as a direct result of the crisis.

The last thing these individuals want is to be bombarded with expensive-looking advertisements for products or services that they could not afford right now anyway.

On the same token, people are suspicious about companies pushing their products too hard right now. Let’s take online casinos as an example of a sector that has actually thrived in 2022.

No matter how good a deal looks, buyer beware is the strategy that is being followed by the public. So no deposit promotions might be the way to go for online casino players right now.

Companies need to make sure that they are not over-promising as consumers will not forget the way businesses market themselves at this difficult time, so it might be better to play it safe when it comes to guerilla marketing at the moment.

However, there can be big benefits of rolling the dice on guerilla marketing tactics, so some businesses may think it is worth the risk.

So we have brands that have adopted more ethically acceptable forms of guerrilla marketing.

Some of them have tried to help concerned customers, such as Cottonelle. This brand is one of the best manufacturers of toilet paper. Given that a large number of people bought large quantities of toilet paper due to concerns about the shortage in the market, this company tried to calm the worried customers with its action.

The action “stocks up on generosity” and the #ShareSquare campaign was organized. For each hashtag used, the company donates $ 1 until $ 100k is collected. In addition, one million rolls of toilet paper were promised to the Community Recovery Fund.

Then we have the example of Ford, one of the biggest car brands.

This American giant wanted to turn to find some solutions for people in these difficult times. The company tried to explain how they used to fight in historical moments of crisis by participating in the construction of military equipment during the wars.

This time as well, they wanted to provide help where it is most needed and offered services in the production of medical equipment that is missing and necessary.

Under the slogan “Built to lend a hand”, they reminded that they are always there for their consumers and that this is their basic mission.

Also, in these difficult times, the company has made it easier for its consumers to repay Ford Credit through its programs.

Similarly, Walgreens, one of the largest pharmacy brands, which is characterized by high reliability in the field of health care, used the method of guerrilla marketing in an original way.

They came up with a project called Ask the Pharmacist. The concept is based on the publication of informative videos where viewers will receive answers to all questions asked related to the Covid 19 pandemic.

Also, through this campaign, they enabled the free delivery of prescription drugs.

Drive-Thru Coronavirus Testing was another help from Walgreens in these difficult times.

Some have tried to reunite people in some way, albeit socially distanced.

Ikea Spain needed to change the perspective of people who experienced isolation in a very stressful way, like a prison or something that suffocates them.

Irish Guinness wanted to encourage its people with a strong message on an important date in the year – St. Patrick. They wanted to refer to the social distance that meant closing all the bars and even the impossibility of celebrating the holidays as people are used to.

To encourage positive thinking and positive feelings among their people, they sent a strong message through a video.

The message was that everyone should stick together and lift each other up, just like they do with glass.

After all, a lot of firms are on the brink of going out of business, so the right marketing moves could help to secure their futures. 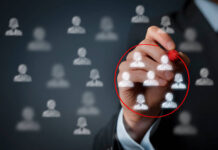 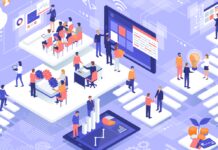 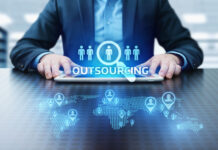