You’ve likely memorized the following Japanese phrase for “goodbye” after hearing it so much in the media ─ sayonara).

In the most literal sense, “goodbye” in Japanese is “sayonara.” But despite what you may have seen in the movies, hardly any Japanese use it. However, ending a conversation with “can cause some people to be confused or uncomfortable.

This is because saying “goodbye forever” in Japanese is just that. It carries an even heavier tone of finality than the Japanese word for “farewell,” but is yet quite formal. You hear this phrase on Japanese television when someone is saying goodbye to a deceased family member, friend, or someone they know they will never see again. To put it another way, it’s pretty powerful. Many Japanese youths have stated that they avoid using the term altogether since it brings negative emotions.

Before we jump into the main topic, please check out AmazingTalker. It is an online learning platform for people who are interested in language teaching and learning. You may learn 104+ languages, including English and Spanish.

What’s the best Japanese goodbye? Situational. Some techniques are always acceptable, while others are excellent for saying goodbye to coworkers.

The most common method of saying goodbye in Japanese is to say “Ja ne,” which means “See you!”

This may seem a little too casual for a language that takes pride in being formal, but think about how you usually say goodbye in English. Most often, it’s to friends, family, or coworkers at the same level as you. You would say “See ya” to them, but to your boss, you might say, “I’m clocking out now. I’ll be there at 8 o’clock tomorrow,” to say goodbye. It’s the same in Japanese.

This phrase is most common because it’s something you say a lot to your closest friends and family. You wouldn’t tell your boss or teacher, though. There are other, more formal ways to say that.

“Thank You for Everything” – Osewa ni narimasu

Yet another professional statement suitable for use as a farewell. If you’re speaking with a client or coworker who has been helpful to you, this is the one to use.

However, there is a more formal approach to expressing gratitude to a customer for their continued support and patronage, and that method is available. It’s いつもお世話になっております (Itsumo osewa ni natte orimasu). After speaking on the phone with a customer or attending a professional gathering, it is appropriate to say something along the lines of “thank you always for your continuous support.”

This is the most understated kind of goodbye that is imaginable.

It is also possible to write this phrase as (Mata ne), a slightly modified variant of (JA Mata ne). This word translates to “Later” in Japanese, however, it also conveys the meaning “Well, see you later!” in that language.

To reiterate, you’ll use a colloquial term when talking to people in your social circles, such as friends, relatives, and acquaintances. However, you will encounter it quite frequently because of how natural it is.

When you want to express “See you soon” in Japanese, you can either say “dewa mata ne” or “mata chikai uchi ni ne.” Both of these phrases mean the same thing. On the other hand, “see you later” and “see you soon” are acceptable translations of the character, which have virtually the same meaning in both contexts.

You can make a more specific greeting like “See you tomorrow!” by including the word “when” in it if you wish to make it more obvious when you see the person again. One example of such a greeting is “See you tomorrow!” This is how it would be expressed in Japanese: (Mata ashita).

It is ultimately important to determine whether or not you would like to adjust the day and time of the next time you see them, such as for example (mata raishuu, “See you next week”). You can make use of the symbol in a fashion that is not too dissimilar from the example that came before it to indicate “Until then” (Sore made, ja ne).

“Thank You for Your Hard Work” – Otsukaresama deshita

Yes, this is a method to say farewell in Japanese! When someone says “see you later,” you say goodbye by saying “see you later” instead (otsukaresama deshita). It is derived from the term tsukareta, which can be translated as “weary.” It seems that the entire statement can be translated into something along the lines of “you must be fatigued.” But it’s indeed used to say “thank you for your hard work” or “good job.”

You can tell someone “excellent job” or “wow, you worked hard” by using the colloquial term otsukare (also romanized as otsukare). For example, if a friend informed you they had spent an entire day speaking Japanese, it is possible that their brain has become somewhat exhausted due to all of that activity. Therefore, you should acknowledge that they worked very hard until they were exhausted and performed well by saying”.”

When traveling to Japan, the greetings most likely to become second nature to you are spoken natively there (gashi). Because you will constantly be using these Japanese greetings and farewells with everyone you encounter, you will discover that they become natural to you quickly.

The act of extending one’s hospitality to another person is considered a great deal of significance within the Japanese cultural tradition. To not welcome someone at all, or to greet them negligently or dismissively, is considered a sign of disrespectful behavior. The most common ways to greet someone upon arrival in Japan have already been covered, and they can be found above. I sincerely hope that this will be of some assistance to you in developing your proficiency in Japanese. 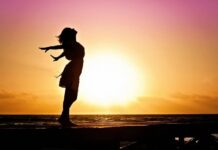