There are so many great places for the whole family in New York that even adults who don’t have children know about them. Maybe, the reason for this is that when you are in this city you have no age…An adult can easily become a child, and a child can become an adult.

Let’s look at some of the great places in New York. If traveling with kids, it’s better and safer to move around the city by car. Undoubtedly, a 7 seater minivan rental will suit you in all parameters. For getting the best option you can use services like Rental24H.com and be sure your trip will go with no problems in transportation! It’s a perfect vehicle for the whole family. Such a car is able to accommodate 7 passengers and has a large luggage compartment, making it possible to always have everything you need with you. In addition, the price will please you – only $40-60 a day, for which you will get freedom and ease of movement.

Well, what are some great family-friendly places to visit in New York?

New York has as many as 5 zoos! Of course, if you are in the city for a short time, then there’s no point in visiting each of them – you have to choose.

Bronx Zoo is huge and there are so many animals in it that it’s easier to list which ones it doesn’t have. Its only drawback is its remoteness from the city center. Even if you are staying in downtown Manhattan, you will have to spend at least an hour to get to the zoo by your 7-seat vehicle.

Another popular zoo is the zoo in the central park. It was from it that animals escaped in the famous animated film ‘Madagascar’. The zoo in the central park is a great place for a walk with the kids. In the summer, after visiting the zoo you can go to the amusement park, and in the winter – to the ice rink! Anyway, in the Central Park just a huge collection of places where you can entertain with your kids!

But still, if your goal is to visit the zoo and get to know the animals, then it’s recommended choosing the Bronx Zoo, because it several tens of times bigger than Central Park Zoo. The Bronx zoo will cost you $30, while the zoo in Central Park is $18.

In childhood, many of us didn’t like to go to museums. But it seems that museums in New York will be very interesting for both children and their parents.

It’s not just bright pictures on the walls and spaceships behind the glass, but the whole multimedia laboratory where every child can watch, listen, feel, and try.

You can click on the button and listen to information about how the sun affects the Earth, get to this place and find out your weight on Mars, jump there and see how earthquakes are measured, go into this room and see how the earth rotates and so on!

Of course, halls with huge skeletons of dinosaurs, exhibits of elephants and a huge whale that hangs over the hall are of special attention.

To start with, the museum itself is simply located on board the aircraft carrier, and a submarine is moored near it, which museum visitors can easily get to.

Among other exhibits – the Enterprise shuttle, supersonic reconnaissance aircraft, supersonic carrier-based fighter and much more!

Another museum dedicated to science, but interesting for children is Sony Laboratory or Sony Wonder Technology Lab. In the museum, children can’t only get acquainted with modern technologies, but also take part in the creation of games, music, films and many other fascinating processes!

What is New York for children without carousels and amusement parks? In the section on zoos, we already mentioned the carousel park in Central Park. Here are some more places to go with your children.

You will need to go almost to the southernmost point of Brooklyn. The road from Manhattan will take about an hour, but then you will completely entertain your child, because there are a huge number of carousels and attractions, both for children and adults!

If you travel to Coney Island in the summer, take your swimwear with you. The park is located just on the shore of the ocean, and after the rides you can continue the day on the beach. Coney Island also has a city aquarium, so in case your child is interested in a marine life, you are welcome! 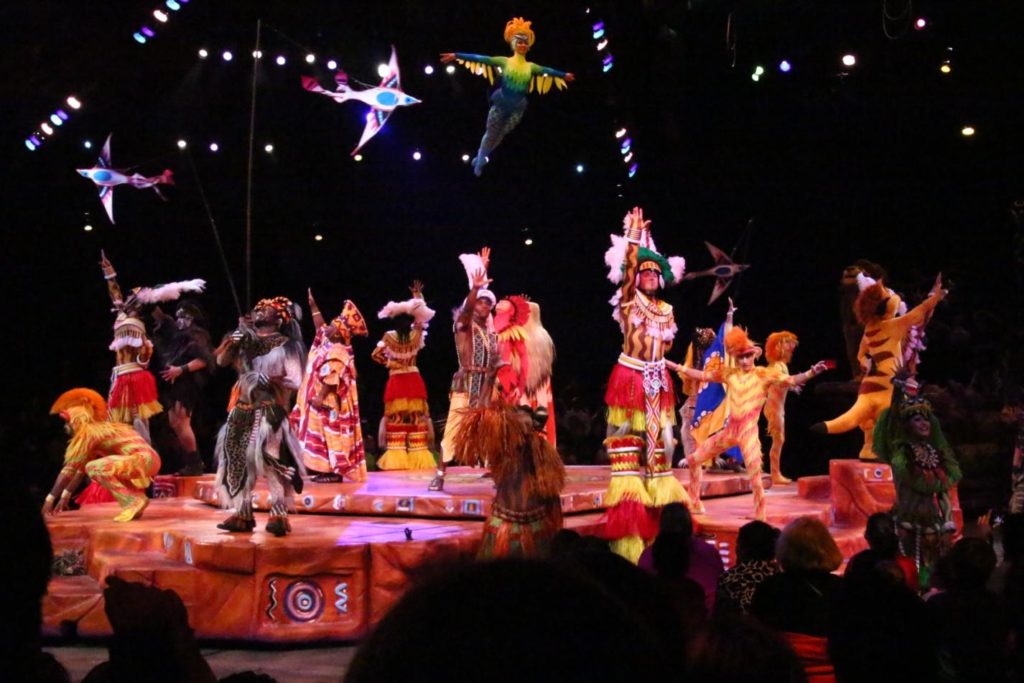 Do you think that musicals are only for adults? You are mistaken! There are musicals on Broadway that will appeal to both adults and children! For example, ‘The Lion King’ musical. Firstly, it’s based on the well-known cartoon, and secondly, most of the plot is revealed not thanks to words, but with the help of music, dances, gestures and sounds made by the characters.

Therefore, a thorough knowledge of English to enjoy the musical is not necessary. A few more musicals that will be interesting to children are ‘Aladdin Lamp’ and ‘Wiсked’.