Are TNT already prepping for the second season of Falling Skies? It would certainly seem  that way!

According to Deadline, the network and Dreamworks are already planning ahead for a potential second season with the hire of Caprica co-creator Remi Aubuchon as executive producer/showrunner.

Although the Steven Spielberg-produced alien invasion series doesn’t land until June, Aubuchon is currently assembling a writing team in time for the beginning of next month.

It may seem risky to prepare for second season over a month before the show has aired a single frame, but the move would suggest that TNT/Dreamworks are very positive about the quality they have on their hands and how it will be received by audiences.

However, it is understood that they will wait to see how the premiere episode does before going ahead with the renewal, but an early second season pickup is considered very likely.

Due to the complexity of filming Falling Skies and the elaborate special effects needed to bring the show to life (something that is said to have contributed to the delay of Terra Nova on FOX), it seems like a wise decision to give the writers a head start in order to reduce the gap between seasons 1 and 2.

After all, it will have taken 17 months from the time Skies pilot was picked up by TNT in January 2010 to the show’s launch. If the show is successful – and clearly TNT/Dreamworks believe it will be – it makes sense to deliver season 2 as soon as possible. No-one likes a long lowatus.

Aubuchon has watched all episodes of Skies‘ first season and calls them “pretty awesome.” He was first approached to join the series in season 1 but was busy with Stargate Universe. 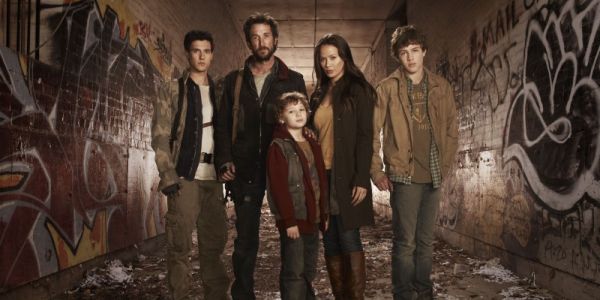 Deadline also reveal that none of the season 1 writers will be back next season because they’re no longer available. This is a potential worry for me – especially if the first season is as good as it’s said to be.

While writer turnover is nothing new, continuity is particularly vital for high-concept, serialized shows with heavy character focus. Things can get pretty messy otherwise. Hopefully Aubuchon and his assembled team of writers will be able to capture the feel of the first season and take it to another level in the second.

That being said, let’s see what Season 1 has to offer first. We’ll have more on this as we get it.

Here’s another look at one of the most recent promos

What are your thoughts on this? Is it wise to renew Falling Skies so early?