Home Cryptocurrency Is Elon Musk Too Influential on Bitcoin Prices

As you already know, Bitcoin was created 13 years ago, and since then, Elon Musk hasn’t really shown any interest in purchasing or investing in this digital currency. However, one year ago – in February 2023 – Musk revealed that one of his companies, Tesla” has purchased coins worth an astonishing $1.5 billion. Immediately after his tweet, the value of the digital coin skyrocketed, and soon after, its value reached historical highs, something that has been referred to as the “Musk Effect” in the crypto market.

Because of his sudden interest in cryptos and the statistics that can be found online, you might be wondering whether or not Elon Musk has the power to quickly influence the cryptocurrency market. To answer this question right away, yes, he is too influential on the prices of digital cryptocurrencies. Here is a list of some things that he’s done that quickly influenced and changed the prices of these digital assets:

But, it didn’t stop there. Before Musk changed his bio, the average trades performed in an hour were approximately 5.000 every hour, however, in the first hour following his update on Twitter, the trading volume jumped to more than 25.000 trades. This lasted for some time before the numbers came down to the normal trade volume of 5.000. This was the first of many instances when he influenced the value and trades of digital currencies.

2. He Posted a Photograph About “DogeCoin”

Now, you should know, the photograph Elon posted about DogeCoin in January 2023 didn’t have an impact on this digital currency right away, like him changing his Twitter bio did, nonetheless, if you take a look at the statistics released online, you’ll learn that he did, in fact, impact it quite a lot later on. What did his tweet lead to? Well, for starters, approximately four hours after he posted the photograph, the value of this digital coin increased by four times.

Of course, the price fluctuations don’t always stay the same, which is why the value dropped by half in the next two hours. Still, just like the previous event we’ve mentioned, he did manage to produce a short-term burst of value and trade for at least six hours after he posted the picture. Because of this, there is no denying – Elon Musk is actually quite influential on the overall state of the cryptocurrency market.

3. Some of His Tweets Had a Bad Influence on The Crypto Market

The first two things he posted about Bitcoin have caused the trades and values to thrive, however, not all of his tweets have positive impacts on the market. At the end of 2023, he tweeted two things – the first was “Bitcoin is my safe word” and the second one was “Bitcoin is almost as bad as fiat money”. As soon as he posted these two things on his social media accounts, there was a substantial decrease (1.7%) in the price of these digital coins.

4. He Later Sold His Bitcoin

As we mentioned, Elon did purchase Bitcoin in value of $1.5 billion, however, in April it seems that he changed his mind by deciding to sell 10% of the holding he had. Why did he do this? Well, according to a tweet soon after the sale, he stated that he has sold the coins as a way to test the liquidity of his organization, but he has also mentioned that he didn’t sell all of his holdings, meaning that he still did have some crypto investments – if you want to learn more about the current state of cryptos, click here.

After these events, he scared thousands of investors by tweeting out various things about the environmental impact of the assets he chose to purchase. He also posted that Tesla won’t accept payments in cryptocurrencies anymore, which, of course, caused a downfall in the industry, mostly because the value of the coin got to $30.000. He then continued to play around with his power to influence the crypto market.

He, again, chose to use Twitter for supporting people that choose to mine, but he has also mentioned that he will help and support the people who mine cryptos to make the whole process more Eco-friendly. Since he tweeted this out, the value jumped by almost 20% and the price was then $39.945. This information paints a clear picture that Elon has significant power to change the cryptocurrency market and industry.

Should You Follow His Tweets And Actions When Crypto Trading?

We cannot really answer this question, mostly because each and every trader out there has different strategies and techniques for acquiring cryptos. Nonetheless, if you choose to follow his tweets, there are two things that you must check, the pre-tweet activity, as well as the timing of his posts and tweets. By doing so, you could determine whether or not you should follow his lead and trade Bitcoin after he posts something.

Elon Musk is one of the most famous entrepreneurs nowadays, which is why he has some major influence on all markets, not only on Bitcoin. However, with digital currencies, it seems like he has the power to change the condition of the market with a single tweet or social media post, which is why it’s pretty clear that he is, in fact, extremely influential on the value, state, and trading volume of cryptocurrencies worldwide.

Although no one really knows what he is trying to achieve with his tweets about different cryptocurrencies, there is no denying – whether he says something positive or negative about cryptocurrencies, people will follow his lead, which means that he basically has the power to make or break this particular industry. Hence, if you’re thinking about crypto trading, you might also want to keep an eye on Elon’s social media accounts. 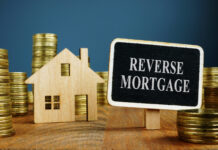 What Is A Reverse Mortgage And Is It Right For You 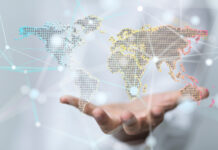 How Do International Payroll Services Work: 6 Things To Know