The cryptocurrency market is gaining wide popularity despite the fluctuations and associated risk factors. There have been many people who have become millionaires by trading cryptocurrency. You would be amazed at the number of cryptocurrencies circulating in the market.

Trading with the best cryptocurrency is always better. It is because they usually have lower-risk factors, higher profits, and greater acceptability for purchasing goods. In this article, we will talk about how Dogecoin gained popularity and became the world’s valuable joke. Especially after the way it started and progressed over the years.

Dogecoin is a cryptocurrency first released late in 2013 by its founders, Jackson Palmer and Billy Markus. Other developers were involved in bringing this cryptocurrency to the market. It has a few differences when compared to other cryptos.

Apart from trading, one of the other uses of Dogecoin is that it can be used to tip artists on the Internet. The success of this cryptocurrency was made visible to the world when Josh Wise had his NASCAR race with Dogecoin advertised on it in 2014.

Also known as meme coin, Dogecoin can be mined in infinite units, unlike bitcoin. With bitcoin, it has a limit of 21 million coins. Dogecoin, on the other hand, has an endless or unlimited supply. Market experts suggest that it may begin losing its value eventually.

Unlike other cryptocurrencies in the market, Dogecoin started as a joke using a then-popular meme “doge” on the Internet. The founders wanted Dogecoin to be unlike Bitcoin. It is open-source and peer-to-peer in nature, making it almost an instant hit.

Compared to all cryptocurrencies on the market, Dogecoin has enormous popularity. Almost no one predicted Dogecoin to become as popular as it is today in the cryptocurrency market. Here are the top reasons for its soaring popularity.

The car was driven by none other than Josh Wise in the year 2014, only a year after it was first released. It became an instant hit, and people started looking into what Dogecoin was, and the popularity began soaring like never before.

In 2014, after the NASCAR advertisement, people began searching for Dogecoin on Google. It only helped its popularity and allowed it to soar in the upcoming years. One has to thank NASCAR for Dogecoin’s initial popularity in the 1st year of its release.

One of the most-followed people on Twitter is Elon Musk, the founder of Tesla and SpaceX. He has over 68 million people following him on Twitter. So, it was not surprising for Dogecoin to surge once Elon Musk decided to support it with his tweets.

Earlier, he had informed us that Bitcoin can be used to purchase Tesla cars. In another tweet, he shared a picture of the creation of Joan Miro from Spain. This picture was of a dog barking at the moon, depicting Dogecoin.

The tweet and the picture helped in the incredible surge of Dogecoin, making it the most valuable joke on the Internet. Not even the most positive minds in the cryptocurrency market predicted the sudden rise of Dogecoin.

Dogecoin has become so popular that it has a planned space mission funded with SpaceX. That mission will happen in 2022 and is named the DOGE-1 Mission to the moon. In short, it is a Dogecoin-funded mission to the moon.

It happened after Elon Musk began accepting Dogecoin as payment for space missions. It only furthered the already popular status of cryptocurrency in the market. More people started getting interested in Dogecoin and began using and trading it online.

Mark Cuban expressed his support for Dogecoin by purchasing some with his son. The Dallas Mavericks have also begun to accept Dogecoin as a form of payment for the NBA team. This team is owned by Mark Cuban, who invested in this crypto for fun.

5. The First Crypto & Meme In Space

With the space mission sponsored by Dogecoin, it is the first crypto to enter space. It is also the first meme to arrive in space in association with SpaceX. Dogecoin is also called a meme coin by some people because of its design and logo.

One of the reasons for Dogecoin’s popularity can also be tied to community care and charity. There has been a lot of charity funding done with Dogecoin. It eventually helped raise hundreds of thousands of dollars for different purposes.

One of the most recognized achievements of Dogecoin was sending a Jamaican bobsled to the 2014 Olympics held in Russia. About $ 30,000 was raised using Dogecoin. The best part about the entire fundraiser was that it took only a few hours.

The Internet has played a massive role in creating the popularity that it now enjoyed with Dogecoin. Active communities on social media platforms like Reddit for Dogecoin have garnered support and popularity for the cryptocurrency.

The community GameStop backs Dogecoin, which has helped it gain popularity over the years. These communities have experts from Wall Street and other trading sectors for cryptocurrencies, stocks, and others, including crude from oil-profit-app.com/de.

It has come to a point where Dogecoin is considered the most valuable joke on the Internet. Ever since it was released, it has gained not just popularity but also fame and value. Therefore, it is a good time for investors to consider Dogecoin to earn money. You can be part of the cryptocurrency market by trading, donating, and using Dogecoin for different purposes. 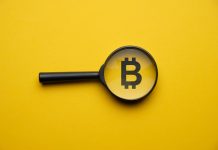 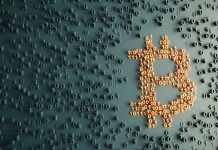 3 Tips for Understanding the Process of Purchasing Bitcoin 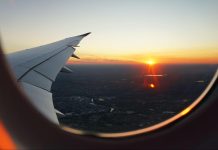 Uses of Cryptocurrencies in the Travel Industry

How to Soothe Irritated Skin of Color

WSOP-Free Chips: How to Get Them and What You Can Do...

Starting Your Very Own Spa Business from Scratch