Taking care of one’s hygiene and achieving the looks they desire the most are two of the most important things when being healthy and satisfied are concerned. Especially for the ladies, it is important to have a routine and achieve gentle, smooth, and healthy skin. While cosmetics are the go-to choice most of the time, there is another thing that is widely used and common. It is so popular in fact that it goes without saying. That would be hair removal. It comes in many different ways and it can be done all over the body.

Wherever there are unwanted hairs we are able to remove them by using different procedures and solutions. Some of them have to be repeatedly done over time and are not as effective, while others are said to be permanent. In this article we talk about the most famous and desired way to remove hair, laser hair removal. Read on to find out more, particularly about whether or not it works permanently. In addition, for one of the best tools you can use at home to remove leg, bikini lane, body, armpit, and face hair, be sure to check here.

What is Laser Hair Removal?

So a lot can be concluded from the name itself. It implies lasers being used to remove hair from the body, with little to no irritation to the skin. It is definitely not for everyone and it depends on what type of skin the individual has, but there are also numerous different laser hair removals to choose from. So what makes a procedure a laser one and what does actually happen during it?

During a laser hair removal procedure, the laser emits light that the melanin in human hair absorbs. This light is then converted to heat which at a certain point is strong enough to damage the hair follicles in the skin. As the follicles produce the hairs, the damage they go through prevents them from doing so and future hair growth is greatly slowed down or delayed. This is the basic principle through which all laser hair removal procedures work.

So to answer the titular question, no, it does not result in the ultimate and permanent hair removal. It cannot be permanent because the hairs continue to grow as long as the follicles and the skin are healthy. What it effectively does is delay the hair growth, but it is so efficient and it lasts for so long that is actually feels like it is permanent. The initial hair removal is the most important and multiple treatments are needed. After this, it gets easier and each subsequent procedure can be further and further apart. The most efficient results happen with individuals who have lighter skin tones and darker hair. However, it is still very beneficial for basically anyone who decides to undergo regular treatments.

Why It Is Popular

It is not so hard to understand why laser hair removal has been so popular basically since it arrived onto the scene. It is an effective way to treat unwanted hairs from the body, but there is more to it. It is fast, efficient, and long-lasting. Other options often cause discomfort and are not as durable, with more frequent sessions being needed. With the basic principle of laser removal being protecting the skin and only damaging the hairs, it is also a generally safer option. This is also why dark hair and light skin give the best results, because of the contrast. Skin and hair combinations that have little contrast tend to cause more damage, but that is a thing of the past.

Modern lasers are advanced and they are as safe as they can be. The only problem that is still present deals with gray, red, blond, and white hair. These pigments do not absorb light that well, so the laser cannot heat the follicles up enough to damage them. Still, the technology is constantly advancing and it is only a matter of time before these hair colors also become easy to deal with. It is obviously the present and the future of removing unwanted hairs, and soon the majority of people will forget all about other options.

There have been a few words about the potential risks already, but here we need to mention them in greater detail. Side effects of laser hair removal depend almost entirely on skin type, hair color, and the treatment plan. There are no universal side effects like with other cosmetic procedures because of the many different combinations that are present among the clients. Also, the pre-treatment and post-treatment care are crucial both when it comes to risks and to the success of the entire procedure.

Two most common risks include skin irritations and pigment changes. Skin irritation appears in the form of redness and swelling on and around the area where the hair was removed. It happens soon after the laser does its thing. It causes temporary discomfort and most signs and symptoms of this disappear after a few hours. If they persist, it could be a more serious problem but this is extremely rare and usually connected to a larger issue.

Pigment changes happen when the area treated with the laser darkens or lightens. The affected skin literally changes in color, which can be permanent or temporary. Lightening of skin happens to individuals who almost never avoid sun exposure both before and after the treatment. In addition, those with darker skin tones may experience skin lightening.

In very rare cases, crusts, blisters, scars, and other physical changes in the texture of the skin can happen. There have been reports of graying too, as well as faster and excessive hair growth in the immediate surroundings of the treated area. This is, again, common for darker skin tones. However, this is nothing to be worried about as long as you prepare for it according to instructions and as long as the professionals are doing it. Preparing for it includes staying out of the sun, lightening your skin, avoiding other hair removal types, avoiding medications that thin the blood, and shaving the area days before the treatment. 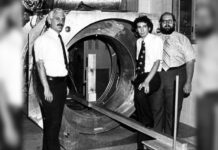