In the present scenario, mobile apps are becoming a standard requirement for all sorts of companies to flourish and obtain customers. The mobile app must be effective and needs to fulfill the necessities of the customers and make the best use of modern technology.

In the tech world, every day, several mobile apps are emerging. However, many mobile application development corporations encounter a common problem, which is misconceptions. Multiple companies start to invest in mobile app development believing false assumptions which could make them lose hefty amounts of money.

Do you want to build a functional app but do not have any knowledge of coding skills? If yes, you can use Andromo to create plenty of iOS(beta) and Android apps using their free trial. Scroll down to know about the common myths that are surrounding mobile application development.

Below we will briefly talk about some of the common myths about mobile application development. You need to be aware of these misconceptions so that you can prevent making wrong decisions while developing the app.

1. Android apps are designed at low cost than iOS

The most common myth about mobile apps is people assume that Android apps are created at a lower cost compared to iOS apps. An app creator who has essential knowledge of available sources can produce either an iOS or Android app, but the mobile app development procedure could be daunting.

With plenty of Android devices monopolizing the present market, it is crucial to supervise UI on all platforms. Hence, creating an Android app is not cheaper.

2. Mobile Apps Are Only Available On Smartphones

It is another common misconception about mobile apps. People believe that mobile applications are meant and can be used only on smartphones. But, it is not true. You can utilize different types of mobile apps on several gadgets, such as iPads, smartwatches, tablets, and many more.

Some consumers speculate that modifying the mobile application from one platform to another (for example, iOS to Android) is simple. They think it is easy to alter the application code and completely believe that app development corporations will convert it sooner with no mistakes. However, cross-platform application conversion is not an automated procedure. The app creators and developers need to rewrite the application code from the start.

Several people assume that as smartphone devices are portable, mobile app development is cheaper when compared to web development. However, it is wrong because mobile apps also need analysts, creators, app designers, and testers. Plus, the app price is determined by its features and the type of app. The process for developing the app is as complicated as software or a website.

5. Creating Premium-quality Mobile Applications Can Be Done Quickly And Easily

You can not develop high-quality mobile applications within a few hours. The developers have to confirm various aspects of the mobile app before launching it, such as app functionality, UI, app design, client experience, and graphics. Only after checking these things you could make a great mobile app. Besides that, mobile applications need to be designed with the recent trends, modern technologies, latest versions, and many more.

Many iOS app creators underrate the tools and frameworks given by Apple. They believe that creating complicated code will make the app better, so they spend excessive amounts of time thinking about app architecture and fresh concepts. Just building a complex code would not make your mobile application the best. Instead, use the Apple frameworks to make a simple and easy-to-use iOS app.

Though functionality is crucial for app development success, consumers would not show much interest in apps that have complex flows. Many customers will use your app if it has a user-friendly interface.

7. After Releasing The Mobile Application, Your Duty Is Over

Many assume that deploying the app is their final duty, and after the mobile application is released, their responsibility is completed. However, like any other software, the mobile app needs to be updated from time to time, and the developers have to fix the bugs as well.

Plus, it is crucial to add new features to the mobile app, so that the customers will be active and enthusiastic. The developers have to modify the mobile application so the app can respond appropriately to the latest version of OS or mobile phone.

Adding rich features will definitely help to promote the mobile application. However, the features and functionality are not sufficient for expanding the app and gaining more customers. Hence, you need to opt for other promotion sources and start marketing the mobile app on various platforms.

As there are numerous other competitor apps, you need to put a little more effort and money to make great app promotions. By advertising the mobile application, you can achieve more consumers and enhance the brand value.

9. The Mobile Application Should Be Developed For All Operating Systems

Another mobile development misconception is that the app is available for all operating systems, including iOS, Android, and windows. But, not all mobile apps can support different types of OS. Plus, some developers only focus on releasing the app for a single operating system.

10. The Budget For The New Mobile App Includes Only Development Costs

For creating a new mobile application, there are numerous costs other than development expenses. For example, there are separate fees for the concept, app designing, graphics, testing, and many more.

After a thorough examination, we debunked the top 10 common misconceptions about mobile application development. From the above information, it is clear that there is no all-in-one solution for app development.

However, you can make a great app with effective design by adding incredible features, promoting it on various platforms, and updating it to the latest versions. 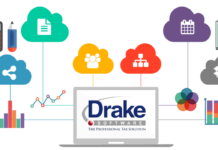