With all the flashy lights and people drinking and gambling, it’s hard to imagine that casinos can go out of business. Unfortunately, they can. Many things are factoring into a successful gambling business, and if all of them aren’t covered, they can lead to a grand failure. All over the world, casinos are being closed every day. Even massive gambling sites such as Las Vegas or Atlantic City had their casinos bankrupted. It happens; only the winner stay afloat. Despite what you think and what the movies show us, casinos aren’t all that successful all the time. Many casinos started to decline when the world economic crisis hit in the late 2000s. After years of struggle, the tides finally took the wreckage of some of them that left living on the old glory.

While once a massive site for gamblers, Las Vegas and Atlantic City started losing players because the gambling became legal in many states across the USA. Besides, we also have the expansion of online casinos that take away many gamblers. Furthermore, you have the ongoing coronavirus pandemic, which isn’t helping land-based casinos, and its consequence will be seen in the future. This is just the world we’re living, and according to efirbet, many players would instead take their 30% bonus and play from home than driving to Atlantic City to gamble. It’s just how things are, so you shouldn’t be too surprised that some casinos fail to live through challenging years. If you’re curious which ones lived through the most significant failures, please our article on the most prominent casinos that have bankrupted. You’ll be surprised by some names on this list.

Atlantic Club was the first and one of the biggest casinos that went down. This one was the so-called niche casino as it attracted players that kept their game low. This suited both parties, and no one could predict that this love relationship could fail. The place that was once known as the Atlantic City Hilton could not have predicted what was coming. For one, PokerStars fell in love with the site, and many people saw great things coming. PokerStars was the world’s most oversized poker room at the time, and when it put $15 million into this property, no one could see what was coming. They also invested in rent with $750k a month. In the following years, they failed to honor the contract they had with the property, and the gaming license never came. This caused Atlantic Club to cancel the sale, and they also kept the deposit laid out by PokerStars. Besides, at that time, gambling was legalized in New Jersey, and great things were expected in Atlantic City. Everyone who thought that was wrong and casino bankrupted in 2014.

Atlantic City saw many disasters in its years of gambling, but Revel threatened to remain one for the times. At the time when it happened, it was the worst failure that the city has ever seen. The construction of this place lasted for five years, and it was estimated that it took a $2.4 billion investment to complete it. Revel was opened to great fanfare, and it was the biggest thing in the area in 2012. Their goal was to have some of that Las Vegas touch with all the restaurants and nightclubs. They probably forgot that there’s already one Las Vegas that had struggles of its own. Instead, they should have kept their focus on gaming, which should be the point of every and all casino. The most important feature that was missing was listed a card program for guests. Also, offering comps to people wouldn’t hurt. Instead, the right people from Revel believed that people would come to their expensive rooms and restaurants even if gambling isn’t the first thing on their minds. They failed to be reasonable in many things, including the price of accommodation, food, and transportation. Furthermore, they didn’t offer enough smoking areas. Because of all of this, they never became the top crop of gambling in Atlantic City.

What followed was the change of management, but it didn’t help. The boat was already sinking, and no captain could save it. It took them only two years to go from being the next big thing to being no more. Once it was bankrupt, there were attempts to revive it; the first one to try it was the Brookfield Asset Management. This move was a no go, and the next in line of necromancers was Glenn Straub. Another failure. It just wasn’t meant to be for Revel. These days they’re trying to get on their feet, but we’ll see if they make it.

It’s hard to tell if Donald Trump was the worst president or the worst casino owner. Mr. President’s casino in Atlantic City was one big miss by the man who called himself the real estate king. It was no wonder this one was shut as it was one of the worst casinos in terms of revenue. It wasn’t working for long before it went into bankruptcy. Not even the partnership with Betfair could help this establishment to survive. It was just one in the line of failures of the ex-POTUS. Of course, this was no surprise for anyone knowing Donald Trump and his dealings. In addition to Trump Plaza, Taj Mahal and its parent company Trump Entertainment also filed for bankruptcy. Taj Mahal was kept among the living by the $20 million injections by Carl Icahn. When Ultimate Gaming ceased the cooperation with Taj, the end was near, and it quickly came. While Trump was strong on words and did build all those hotels and casinos and put their names on them, he failed to save any from bankruptcy. It just wasn’t meant to be for him. Luckily he somehow managed to enter the White House. We just hope that news of its bankruptcy won’t come our way. Although we wouldn’t be shocked considering his past results. Common Traits of the Best Online Casinos in New Zealand 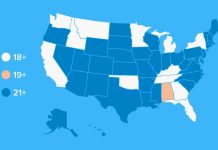 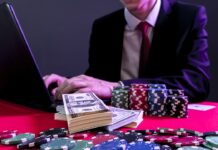 The Benefits of Boxer Briefs Over Traditional Briefs

The Cool Sculpting Fat Freezing and Its Benefits For You

Things You Need to Know Before Joining Your First Triathlon

10 Hacks To Lessen Your Stress Using Payroll And HR Software