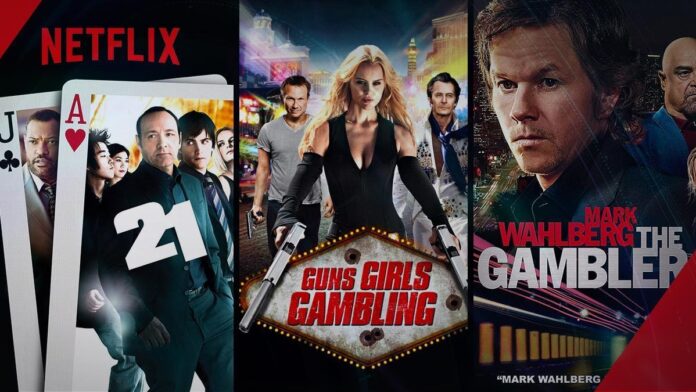 Games of chance have inherent drama built into them, as no one can predict what will happen in gaming sessions. In that lies their allure and the thrills that stem from enjoying this activity. All results are entirely random or in the hands of a higher power unknown to mere mortals. Thus, gambling has long been a tool to insert suspense in films. It is a device that can drive the plot forward by fueling anticipation, add opportunities for comic relief, or help switch the pace of a story. Whatever its intention may be, it has been an instrument responsible for crafting some of the most memorable scenes in cinema history.

Blackjack is by far the world’s most established table game. Its origins are a source of some debate. Yet, what no one can argue against is that aside from slots, it is the gaming option that most people associate with casino-style gambling. Therefore, when it comes to such games, it should come as no surprise that it is the one that has gotten the most screen time. It is widely available at gambling locales in every corner of the globe, and you can play with a real croupier online. Just read this guide and options from OnlineUnitedStatesCasinos.com, a top internet gambling information hub.

Below, we look at a few movies streaming on Netflix that you can enjoy, which feature the banking game known as twenty-one or more famously referred to as blackjack.

Rain Man is a 1988 road drama directed by Barry Levinson of Diner and Good Morning Vietnam-fame. It is the picture that brought this Baltimore-born filmmaker the Academy Award for Best Director. Tom Cruise plays Charlie Babbitt in Rain Man, a selfish wheeler-dealer who finds out that his estranged father has left his multimillion-dollar estate to his older brother, Raymond (Dustin Hoffman). Tom Cruise’s character is unaware of his brother’s existence, an autistic savant, and gets super-frustrated to learn that his only inheritance is his father’s Sequoia Cream 1949 Buick Roadmaster. That twist of events causes Charlie to kidnap Raymond, setting off on a cross-country trip to Los Angeles, where he plans to gain custody of his brother as a way to get his hands on his father’s entire inheritance.

In likely this movie’s most famous scene, the duo of Cruise and Hoffman hit a Vegas casino floor dressed in matching suits and win 86,000 at a blackjack table by counting cards. Rain Man was a commercial and critical hit, grossing over $350 million worldwide and winning countless awards. It is a modern-day classic about brotherly love that everyone should see.

Speaking of commercial hits, the Hangover, directed by Todd Phillips, was likely the sleeper hit of the 2010s. It hit movie theaters everywhere in June of 2009 and cleaned out by raking in $469 million at the global box office on a budget of only $35 million. Legendary Pictures, Green Hat Films, and BenderSpink produced the Hangover, with Warner Brothers acting as its distributor. This 2009 feature spawned two sequels which were also commercial successes but did not receive the same level of critical acclaim as the original.

Starring Bradley Cooper, Ed Helms, and Zach Galifianakis, this Vegas comedy was the latter actor’s breakthrough role that catapulted him to stardom. Its blackjack appearance is a parody of Rain Man. In it, Galifianakis’ character, Stu, assumes Hoffman’s role from Rain Man as a person with the unparalleled ability of counting cards in a multiple-deck game of blackjack. Similar to Rain Man, Stu wins over $80,000 at a Vegas casino. Money needed to pay out an outstanding debt.

Mike Hodges is a highly-underrated director only known to hardcore cinephiles. He is a Bristol novelist, playwright, and filmmaker that sat behind the camera of films such as Get Carter, Pulp, Black Rainbow, and Flash Gordon. In 1999, he directed Croupier, a British neo-noir starring Clive Owen. Though this film was not a box office hit by any means, it received its cult status after it got the DVD treatment in the US and Canada. Sadly, an unfortunate showing on Dutch television disqualified it for qualifying for any Academy Award nominations.

The film revolves around Jack Manfred, an aspiring writer who has knowledge and experience in the casino industry. Caught in dire financial straits, he decides to take a job as a croupier in a small London casino. From then on, the movie details his daily life, which consists of him dealing cards at blackjack tables, befriending gamblers, the rest of the casino staff, and trying to finish his book. Legendary critic Roger Ebert praised the movie’s atmosphere, lauding its realistic depiction of casino gambling. Croupier is a staple on most gambling-related film lists. It is one for film enthusiasts who are not afraid of lower-budget, slow-moving affairs.

Directed by Robert Luketic and starring Kevin Spacey, Laurence Fishburne, and Kate Bosworth, 21 is a film that quasi tells the story of the MIT Blackjack Team. Like most movies inspired by actual events, this one also takes sizeable creative liberties in retelling historical events on the silver screen. It mainly uses Ben Mezrich’s 2003 best-selling book Bringing Down the House as its source material to depict how MIT students used card counting techniques to profit from playing at blackjack tables.

Filmed in 2007 and released in 2008, 21 was a commercial hit that received a mixed critical reception. It managed to pull in $157 million in theaters against an estimated budget of $35 million. The film also got some backlash for casting white Americans for the title roles, even though the key players in Bringing Down the House were Asian-Americans. A Chinese American member of the real MIT blackjack team, Jeff Ma, served as a consultant on the project. His involvement in 21 got him labeled as a race traitor by several Asian blogs, who took issue with the fact that he did not complain when Brit Jim Sturgess got cast to play him in the movie.

If you are willing to try your luck at blackjack, you may try so online. The first step is to sign up at an online casino. This will require filling in some basic details such as your name, address, email, and more. Once you have completed this process, you can make a deposit at the casino. Most online casinos offer a range of methods for deposits and withdrawals including debit/credit cards and e-wallets such as PayPal, Neteller, or Skrill. Generally speaking, the minimum deposit amount required is quite low and it may even be possible to make a deposit using your phone bill or other prepaid credit cards. Many sites offer no deposit bonuses- all you have to do is get a code. Depending on the payment method chosen, it may take several minutes for the funds to appear in your gaming account or it might happen instantly. Once your account has been topped up with funds you can start playing blackjack for real money! 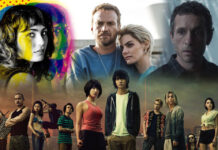 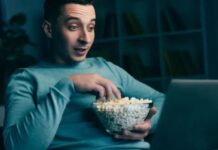