Located 30 miles south of San Francisco, California, San Jose sits in Silicon Valley surrounded by undulating terrain that offers spectacular views of the beautiful bay. Because of the bustling economy that benefits from several corporate headquarters, San Jose has experienced one of the largest growth rates of any American city since 2000. Spanish Colonial style homes and an abundance of outdoor recreational options makes the city a magnet for families relocating to the Bay Area for career reasons.

Anyone interested in moving to San Jose has several neighborhoods to consider. Utopia Management, and shared with us their insights on specific family-oriented areas.  Let’s take a brief look at what constitutes a family-friendly neighborhood, before diving into the 5 best neighborhoods for families in San Jose.

What Defines a Family Friendly Neighborhood?

Kid amenities include cultural attractions and neighborhood parks, with an emphasis on offering a wide variety of cultural and educational programs that target children of all ages. The last feature-friendly residents-is a subjective criterion that can be measured by the number of glowing online reviews left by both residents and visitors to a specific neighborhood.

Located near the southern edge of San Jose, Cambrian Park is home to several renowned middle schools and high schools. Considered a thriving neighborhood for kids to play and enjoy diverse entertainment venues, the neighborhood has a crime rate that sits nearly 50% lower than the national crime rate. Burglaries rarely happen and local law enforcement has implemented a popular plan to prevent vehicle break-ins. Pump It Up, Education Encounters and The Science Factory offer families with children incredible opportunities to participate in special events and recreational activities.

If your family wants to be near the social and cultural activities in the central business district, then Willow Glen is the neighborhood for you and your family. Situated at the center of San Jose, Willow Glen features an outstanding elementary school, which makes the neighborhood ideal for parents that have young children. With a crime rate that is 60% below the national crime rate, Willow Glen exudes a calm sense of personal safety. The Children’s Discovery Museum of San Jose delivers the one-two cultural punch of education and parental bonding with their kids.

Several local and regional print and online publications have voted Almaden Valley number one in regards to livability in the Bay Area. The neighborhood boasts a stable housing market, with home values steadily rising and home turnover rates in rapid decline. A potent local economy is a primary reason why the housing market in Almaden Valley remains one of the most stable in all of California. Average home values exceed $800,000, with between 40 and 60 homes for sale at any given time during the course of the year. Almaden Valley offers a large number of parks that cater to teenagers, as well as multiple picnic areas ensconced among trees that are native to Northern California.

With its world-class amenities such as playgrounds, tennis courts, and basketball venues, Cahalan Park in the Blossom Valley neighborhood of San Jose ranks near the top of the list for the best neighborhoods for active families. Nearly half of the residents are between the ages of six and 17, making the area a prime location for families to call home. Many families move to Blossom Valley when their children are infants, and the families remain residents long after their children graduate from high school. A low crime rate that benefits from a few property crimes gives residents an optimal sense of security.

As another San Jose neighborhood that offers a secure child-raising environment, Santa Teresa has an average home value of around $520,000. The much more affordable housing market attracts parents that are planning to start a family but have not yet embarked on their parental journeys. As one of the safest neighborhoods in Northern California, Santa Teresa includes Santa Teresa County Park that spans more than 1,500 acres of pristine wilderness. The park provides families with dozens of recreational options, including city-run youth programs that cover a long list of popular team and individual sports.

Although San Jose has a crime rate that is lower than the national average and with virtually every neighborhood considered safe for raising a family, the five neighborhoods we have listed thrive because of the near absence of property crimes. In addition, you have to travel dozens of miles northwest to find neighborhoods that experience a high crime rate that includes property theft. Because of a bustling economy and a cultural scene worthy of international acclaim, San Jose should be the first stop for families searching to relocate to Northern California. 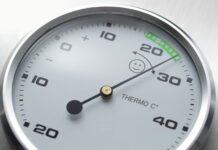 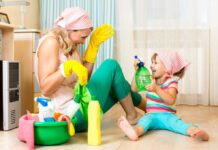 10 Rules for Cleaning a House if You Have Children 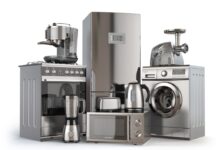 Things You Need to Know About Household Appliances