The automobile industry played a vital role in the U.S. during World War II. It is once again initiating its efforts during the ongoing coronavirus pandemic. According to online sources, many prominent car manufacturing companies have begun producing CPAP machines, face masks of medical-grade quality, ventilators, etc. in millions of units to aid both medical workers as well as first responders during these difficult times.

After 130-years years of car production, Carhartt, a Detroit-based automaker, is now manufacturing work clothing and also seeking to aid healthcare workers by developing protective equipment. As of April 6, the automaker started with the production of medical gowns, which incorporated 50,000 units. Also, from April 20, it will begin with the manufacturing of 2.5 million masks on April 20. It plans to do so by converting a few of its units into mask production units. The automobile manufacturer also recently announced the arrival of its 2022 Chevy Silverado Carhartt Edition this fall.

Additionally, FCA pledged partnerships with non-profits to cater a million meals for children in Illinois, Indiana, Michigan, and Ohio communities around the manufacturing plants. The automaker said it would extend food programs in Canada and Mexico during later stages. Over the coming week, around April 20, both Ford and G.E. healthcare will begin manufacturing 20,000 ventilators. Production will start at the Rawsonville, Michigan plant, where the company usually produces car parts and transmissions.

Ford and G.E. healthcare aim to produce 50,000 ventilators every month during the initial 100 days period. After that, they will lower the production to 30,000 units per month. Moreover, Ford is creating simplified ventilators designs functional with air pressure, and that would not require electricity but are capable of handling COVID-19 patient needs.

The next item in the line of safety during these difficult times is the face shields. At the beginning of this month, primarily on April 6, Ford celebrated the production of the one-millionth plastic face shield. The production of these shields was for the southeastern Michigan and New York City hospital staff as well as first responders. The company’s manufacturing team worked with the utmost dedication at the Troy Design and Manufacturing plant in Plymouth, Michigan, to finish with its millionth shield over the weekend. As of now, the company can produce 200,000 units of these shields every day. Many news reports also suggest that Ford donated face shields to healthcare facilities in Colorado and Wisconsin.

But General Motors (G.M.) is much ahead of Ford and G.E. in mask production. It began during the third week of last month at the Warren, Michigan plant. The G.E. began delivering 20,000 masks to healthcare workers by April 8. The company is ramping up its units to manufacture 1.5 million monthly masks. But G.M. is not limited to masks and is taking steps along with Ventec to produce ventilators. The combined project of the two incorporates the engagement of 1000 G.M. workers involved in producing 10,000 monthly units. The manufacturer plans to stockpile 30,000 units for the federal government and deliver them by the end of August. On June 1, it is beginning the project initiation by providing 6,132 units.

Hyundai Motor America is not far behind the league of its competitors. It has provided aid of $4 million to a total of 22 hospitals that includes the Children’s National Hospital in Washington, D.C., for drive-through testing. The automaker also provided 65,000 COVID-19 tests developed by Seegene, a South Korean company for usage in Chicago, Detroit, and New Orleans. Furthermore, Lamborghini, a supreme car manufacturing company, has also jumped up into the masks and shield plane.

It has transformed its workshops that develop carbon fiber and interiors into ateliers that produce medical equipment. The company is trying to make 1000 masks as well as 200 face shields every day at these transformed workshops and planning to deliver them to hospitals in nearby localities of Northern Italy.

Mercedes-AMG, one of the most prominent high-performance powertrain manufacturing companies, has also partnered with a few entities to develop CPAP devices. The partnership involves University College London Hospital (UCLH) healthcare workers and University College London engineers. Presently, these devices help to aid the coronavirus patients and may be able to reduce the requirement of ventilators among such patients. Many French companies, along with Peugeot (PSA) as well as suppliers such as Air Liquide, Valeo, and Schneider Electric, among others, are planning to aid coronavirus patients in France. They are working on the incrementation of Air Liquide’s of the pre-existing respirators under production. They aim to manufacture 10,000 respirators within a short span of 50 days.

Meanwhile, Volkswagen, a prominent car manufacturer, and Faurecia, a renowned fabric specialist, are working on the manufacturing of 75,000 units of face masks as well as gowns by the end of the week. They are producing these for New York hospitals and Javits Center medical workers. Since then, they have been planning to create 50,000 gowns and a quarter million units of face masks every ongoing week at their Faurecia, Mexico plant. Lastly, Volvo, another renowned car manufacturer, has diverted the press attention from its fleet vehicles to the transport and equipment that will aid medical workers and hospitals.

Recently, on March 31, Tesla CEO Elon Musk announced that the company is willing to ship masks approved by FDA without any device or shipping costs. However, he even initiated that these events should be on the immediate need for patients and not for storage. He showcased his full intention to help patients during the ongoing coronavirus pandemic. Before that, on March 20, the manufacturer bought 1,225 ventilators from their neighboring country, China, and donated them to hospitals across Los Angeles. Stay tuned for more updates on the automobile industry. 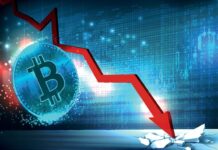 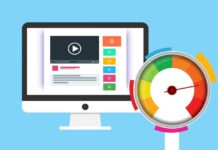 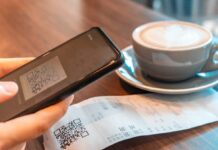 6 Reasons Why Professionals Should Use a QR Code Business Card