As a homeowner, or really, anyone who lives in a house or apartment in Australia, you have most likely experienced a plumbing emergency. We’re of course referring to blocked drains, leaking pipes or overflowing toilets – the kinds that happen in the middle of the night, when plumbers are sleeping.

If you’ve ever had to use the plumbing services Melbourne residents have on speed dial then you know exactly what we’re talking about. What you often hear though, is a plumber saying, “I wish you hadn’t done that.” Let’s help you avoid this scenario!

7 Plumbing Tips From the Experts

Some plumbers often don’t want to make a bad situation worse by pointing out EXACTLY what you did wrong to create the mess you’re in. No reason to anger the clients! Our experts, however, believe in the old philosophy that knowledge is power.

They have compiled a list of the top tips all plumbers really wish people would know and pay attention to. Keep reading for a few pro tips to potentially avoid your next plumbing disaster.

1. Don’t Pour Grease, Oil and Food Down the Sink

Every time you read an article about anything plumbing related, this rule is mentioned at least once. Yet, when calling the blocked drain plumber Melbourne residents often cite blocked drains as the reason for the call out.

Grease turns to fat as it cools and enough of it in your pipes can easily cause severe blockages. Rather than pouring drippings down the drain, let it cool and place it in a recyclable container.

2. Avoid Cramming Too Many Things Under the Sink

In many homes, the area under the sink is often used to store cleaning materials. Often, there aren’t shelves, so bottles and containers are just loosely shoved in. If you have too much stuff pushing against the drainpipe, it can prevent the natural flow through the pipe.

Depending on what your pipes are made of, continuously shoving stuff against them can also cause damage. Organise the items in the cupboard to keep the immediate area around the pipe open.

Another huge problem plumbers have to deal with is a dreaded blocked toilet. People have the ignorant misconception that if it fits in the toilet, you should be able to flush it. Wrong!

Diapers, feminine hygiene products, wet wipes, paper towels and cotton swabs are among the culprits plumbers have pulled out of blocked toilet pipes. These items can easily create a blockage further in the pipes and then water flows back causing your toilet to overflow.

4. Be Wary of Your Type of Drain Cleaners

Since harsh drain cleaners promise to rid your drains and pipes of everything from germs to disgusting blockages, it’s often the first thing you grab when you suspect a blockage. Be careful of adding too many caustic oxidisng chemicals to your drains and pipes. While these chemicals may be good for cleaning your plumbing systems, they also speed up corrosion in older pipes.

Rather opt to regularly flush the pipes with natural variants. A common option is a vinegar and bicarbonate mixture. Pouring boiling water down your drains and sinks weekly also helps keep them clear.

5. Shut Your Water Valve Off Before Going on Vacation

No one wants to come home from a relaxing vacation to find that a water pipe inside the house has sprung a leak and has been leaking for two weeks! Not only will this cause havoc with your water bill, but it will damage the furniture, walls and floors in your home. To avoid this, be sure to shut your water valve off before you leave.

When most people see a small leak somewhere on their property, they tend to ignore it until it becomes a “real problem.” The reality is that if you can see a leak, it’s already a real problem.

Leaving a tap or pipe to drip will quickly escalate into something much larger.

Handy tip: The sooner you deal with the issue, the cheaper it will be to repair.

Prompt action will also reduce the chances of you requiring a major plumbing overhaul. Be sure to do routine checks on your pipes and fixtures to ensure there’s no leak.

Many homeowners like to take the DIY approach to plumbing. In some instances, such as changing minor valves, this works out well. Other times, jobs such as bathroom revamps and pipe relocations can go horribly wrong if they’re done without the input of an expert. Consult with a plumber about all major changes or additions. That way you’ll avoid having to deal with a crisis!

No matter how many precautions you take, there’s always the risk of a plumbing emergency. However, by following a few basic plumbing rules, you can reduce the risk as well as the potential damage. Speak to your plumber for additional tips to keep your plumbing system in tip-top shape! 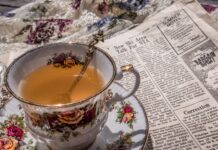 How Often Should Your Boiler Be Serviced? – Benefits of Regular Servicing 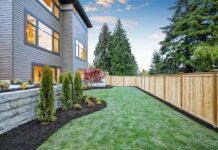 What Type of Fence Adds the Most Value to a Home?