Although Asian football has been underestimated in the last 20 years due to limited resources, the world witnessed the significant change and growth of Asia with more talented players.

The number of football fans from Asia is also as large as other continents. More and more people are interested in regional leagues as well as taking bets on Asian odds. If you are too familiar with the European handicap and want to innovate, online services will guide you in the selection of odds and bets. Happyluke is the number 1 bookmaker in Thailand, offering convenience to gamblers around the world. To enjoy the modern world of gambling, download app and register at the link https://happythais.com/happyluke/

With their dedication and strong desire, some iconic Asian natives have made their way from anonymity to Wonderkids. This article profiles the 10 Asian Wonderkids standing tall as a vital part of the game in the world today.

Takumi Minamino was born on January 16, 1995, in Osaka, Japan. He is a versatile player who can perform well in either an attacking midfielder or a winger position.

Minamino has played for Sessel Kumatori FC since he was in elementary school. At the age of 17, Minamino was registered to compete in the J.League for Cerezo Osaka.

Keito Nakamura, born in 2000, is a Japanese football talent. He was a young brilliant attacking midfielder and a forward during the U20 World Cup in Poland in 2019.

Although Japan lost in the first match against South Korea, his outstanding performance led to several European clubs’ offers. Ultimately, he was loaned to the Austrian Football Second League for FC Pasching club.

Having honed his skills and expertise at a local club, he soon became famous after he was awarded the Player of the Tournament prize at the AFC U-16 Championship.

Newly, he joined a team in the Under-17 World Cup, where he scored two goals. His performances include the ability to play on right-wing and center-forward, making him flexible in the game.

According to EI Mundo Deportivo, the Barcelona club offers Nishikawa, and the club is determined to complete the signing of this Japanese star.

Born in Incheon, Lee Kangin is a Korean Republic professional footballer who joined to become an official first-team player at Valencia. The 19-year old can play several positions, including the left and right flank, the middle as an attacking midfielder, the striker.

Reached from FC Ranking, he currently has a ranking of 71 out of 99. One of his best performances was the match against Yeclano, a Spanish football club, in Copa del Rey.

Kang-In Lee has arrived in southern Spain since the age of 10 and became the youngest Korean Player ever in the Champions League.

Jeong Woo-Yeong, born in 1999, is a South Korean right-footed player. He plays for Bundesliga side SC Freiburg as midfielder and attacker.

In the match between Bayern Munich and Benfica, Woo-Yeong Jeong was assigned to the team’s position in the 81st minute, a historic event for the Korean.

Woo-Yeong currently plays as a center in the professional association football league in Germany for Freiburg.

Kim Min-Jae, born on November 15, 1996, is often called “Monster”. Before entering his professional career, the “Monster” has plenty of honors in the Suwon Technical High School and Yonsei University football club.

Leaving college to join Nuclear Power FC makes more than 15 appearances in the Korea National League season. This South Korean footballer plays as a center-back (defender) for Jeonbuk in League Classic and Beijing Guoan club in the Chinese Super League.
Six-foot-two, combined with a footballing brain, helped him play out from the back.

Regarding FC Ranking, he is under average-level compared to other footballers.

Ritsu Doan was born on June 16, 1998, in Hyogo, Japan. He is a Japanese professional soccer player, but many people misunderstand him as a Vietnamese player.

Ritsu Doan is often referred to as “Messi” of Japan. He is a left-footed professional football player from Japan. He currently plays as a playmaker, winger in Bundesliga-German men’s football league for Bielefeld.

Ritsu Doan takes on his role very well in his professional football career with fast running speed and flexibility. Besides, Ritsu Doan is also a factor expected to help Japan go far in the Tokyo 2020 Olympics.

Takehiro Tomiyasu, born on November 05, 1998, is a Japanese soccer player. Currently, He plays in Serie A, also called Serie A TIM, for club Bologna. Before, Tomiyasu has played for Avispa Fukuoka in Japan then moved to Belgium for Sint-Truiden.

Disciplined and clever on the ball, he has been converted to the excellent right-backs player in Serie A this season. Moreover, he is described as two adjectives – pace, versatility, which helps him grow his reputation.

Daichi Kamada, born on August 05, 1996, and is a right-footed soccer player from Japan. When it comes to Japan’s famous midfielders, people often think of Hidetoshi Nakata, Shunsuke Nakamura or Shinji Kagawa. However, after the first round of the 16th of the Europa League, Daichi Kamada is being mentioned more frequently.

Possessing a 1m84 height and a body shape equivalent to a typical European player, his performance contributed significantly to the club’s win. Currently, he plays as a Centre in Bundesliga for club Eintracht Frankfurt. Daichi Kamada had a fantastic breakthrough season in the last Bundesliga.

Born in Kawasaki, Takefusa Kubo, born on June 04, 2001, is a left-footed Japanese footballer. When he was just seven years old, he joined a local football named Persimmon.

One year later, he was nominated as Barcelona Football Camp’s Best Player. In April 2010, he was selected to join Barcelona’s school football team to attend the Belgium Cup.

Takefusa Kubo has also played for several clubs over Europe: Villarreal, Mallorca, FC Tokyo, and Marinos. Perhaps the most wanted Wonderkids globally, he currently plays as a Midfielder, right attacking midfielder for Getafe in La Ligas.

The new generation of Asian footballers grew undoubtedly and have all written their name into Asian folklore, with Takefusa Kubo, Takehiro Tomiyasu. So, the whole of Asia is blessed with more talented players than ever before.

We hope our venerated list of 10 Wonderkids was always destined for a career path having burst onto the scene. Top 7 Ways to Make Money as a Sports Fan 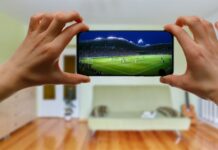 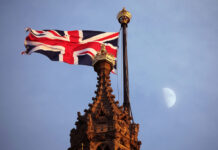 HOW TO BUY AND SEND RAKHI FOR YOUR FAMILY – ONLINE...

8 Interesting Facts You Should Know About Johnnie Walker Whiskey

Top 7 Ways to Make Money as a Sports Fan

Are Craftsman Air Compressors Any Good