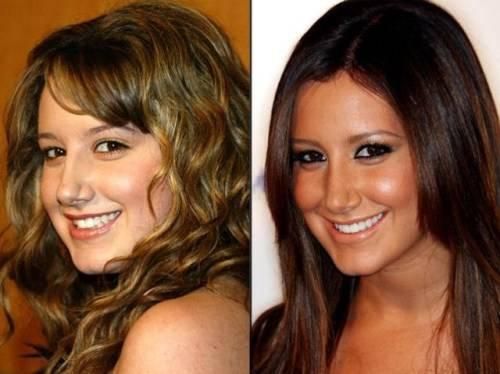 Enhancing the beauty of every Hollywood celebrity is always the key to prolonging their entertainment career. Few celebrities have undergone plastic surgery procedures for personal reasons while others have been based on career and public pressure. Nevertheless, for Ashley Tisdale, her rumored plastic surgery isn’t hitting the headlines just as every other celebrity plastic surgery has done in the time past.

There are only but a few facts that the Hollywood celebrity has undergone plastic surgery. Most especially in her nose area that is only but visible. Over the years, there have been slight changes in the way Ashley Tisdale has looked and mostly the changes have occurred in her nose area. 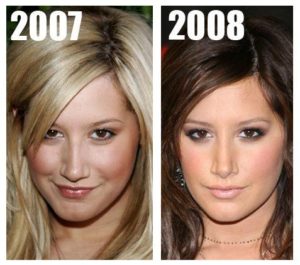 Ashley Tisdale nose in her previous photos were larger at the sides but with the plastic surgery procedures taken place already, her nose has appeared straight, smaller on the sides  and perfectly slim. The rumors has reached her attention and she has swiftly disregard all rumors linking her decision to undergo a rhinoplasty as a fashion sense and has rather stated that her decision to undergo the procedure were due to medical advice given that she had experienced difficulty in breathing down the years.

Her excuse could well be accepted given that her previous photo also show that her nose wasn’t in a proper shape and may have indeed provided her with unease intake if breath. However her comment as still not publicly accepted since there has also been such excuses made by other celebrities as well just to push aside their original intentions.

In some reports by Mayo Clinic, most people are living a deviated septum and what this means is that one of their nasal passage is quite smaller than the other. This is however not a serious condition that one must be worried about but in Hollywood, it is a big deal. This is because we have come across quite a good number of celebrities who have been under the knife to correct their just because of a harmless deviated septum. 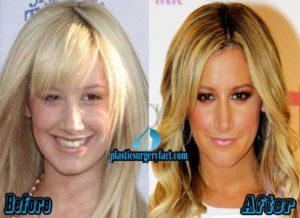 An example of such celebrity is Ashley Tisdale and she admitted that the reason why she opted to go under the knife was because the right side of her nose had a deviated septum. This condition medically isn’t a serious one but the celebrity revealed that the condition led to her having difficulty in breathing. According to her statements, she claimed that as she got older, the situation continued to worsen.

She visited a doctor who told her her septum was deviated eighty percent and she also figured out that her nose had two small fractures. In 2007, the actress made up her mind to undergone corrective septoplasty and this led to some real changes as she became more beautiful than before. In order to appreciate the changes made to Ashley’s face, you need to take a look at her face and compare from her old and recent pictures.

You would agree with us that the changes are noticeable in the shape of her nose right now.