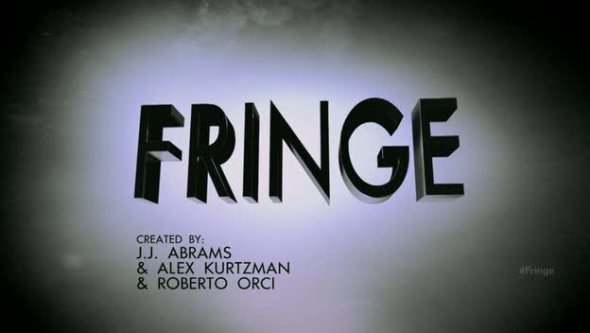 If you tuned into last night’s dramatic Fringe finale, you will have noticed that the usual blue-embellished ‘Over Here’ titles were replaced by a gray-future-themed intro sequence – one that provided insight into the ‘fringe sciences’ of 2026.

It was the latest thematic change-up to the famous Fringe intro. But in case you didn’t catch all of the differences, or you fancy another look – head past the jump for a list of the future fringe sciences, along with screencaps and video. 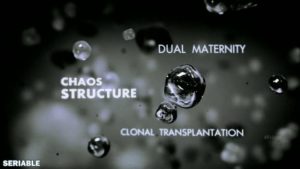 We may be 15 years in the future, but it seems that good old natural fundamentals like Water and Hope are placed on the same level as technological advancements. The pursuit of water as a scientific goal/theory is easy to understand when the the supply is short. But hope as a scientific inquiry carries a particular poignancy.

Of course, this can work both in terms of doubting the credibility of hope or embracing the evidence of its worth, depending on the context of the term ‘fringe science’ in this future setting. But the notion of hope as a ‘science’ period, well that’s interesting.

The fact that the sequence is gray is also a layered statement.

Here’s the future intro again for your eyes: Only on Seriable

For comparison sake, here are all the Fringe intros that have greeted our eyes throughout three seasons of the show:

Alternate Universe Red – “Over There” (and various)

I haven’t missed any, have I?