About – London is the pinnacle of beauty and culture, home to works of art and historical landmarks. There are several historical sites in London that may help you trace the city’s history back to the Roman era. The Palace of Westminster and Tower of London are located among London’s cosy medieval streets. London is bursting with art and cultural heritage in addition to its historical sites.

Some of the most recognisable compositions and works of art are on show at the Victoria and Albert Museum and the British Museum. You will never tire of the historical landmarks of London, which range from royal palaces to medieval towers, bizarre cathedrals to historical wonders along the River Thames, gorgeous art galleries to cozy, old-fashioned streets.

Visit a well-known landmark in London, and participate in an unforgettable tour. The magnetic River Thames is crossed by a drawbridge close to the Tower of London. Tower Bridge has been a staple of the London skyline for many years and continues to draw sufficient numbers of tourists from all over the world. A unique masterpiece, Tower Bridge in London measures 800 feet in length and has two enormous towers. On the southern side of the bridge sits the Southwark area of Bermondsey, while the northern side of the bridge is known as Tower Hill.

With your Tower of London tickets, you can explore one of London’s most recognisable buildings—also a World Heritage Site—while learning about its secrets and untold tales. Established in the very centre of London in 1066, this royal residence also served as a castle, jail, torture chamber, and execution tower. The tower has a rich history that spans several hundred years and is home to a treasure mine of interesting tales. Enjoy your opportunity to feast your eyes on some of England’s most fascinating historical relics, including valuable gems, antiquated architecture, wealthy palaces, and exotic museums.

Her Majesty, The Queen of England, Queen Elizabeth II, calls the beautiful Buckingham Palace home. One of the few palaces that is still in use and used for royal housing is Buckingham Palace. Originally bought by King James I for the purpose of establishing a mulberry garden to raise silkworms, Buckingham Palace dates back to 1603 and has grown to be as beautiful as it is today. But sadly, the monarch choose the wrong variety of mulberry, and when the project was a disaster, he erected the Buckingham House.

St. Paul’s Cathedral is another one of London’s historical wonders and a defining structure in the city’s past. The cathedral, which has endured three centuries, serves as the mother church of the London Diocese as well as the residence of the London Bishop. In addition, this church is noted for having the second-largest dome in the whole globe. A 360-degree perspective of the city is also accessible by ascending the 528 stairs to the Golden Gallery.

A regal church nestled away in the heart of London, Westminster Abbey is a World Heritage Site. This ecclesiastical structure was one of London’s most significant historical sites and had a big impact on social, political, and cultural life in Britain. This location is also recognised as the traditional coronation site and the last resting place for English and British kings.

Kensington Palace stands out as a royal palace among the famous historical sites in London. The British Royal Family has called Kensington Gardens’ palace home since the 17th century. The Duke and Duchess of Cambridge now stay there as their official residence in London, and the State Rooms are accessible to the general public. Additionally, you’ll see some artwork and objects from the Royal Collection. 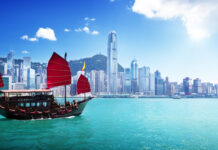 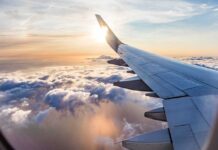 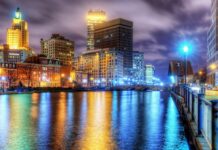